Lady Gaga gets all choked up 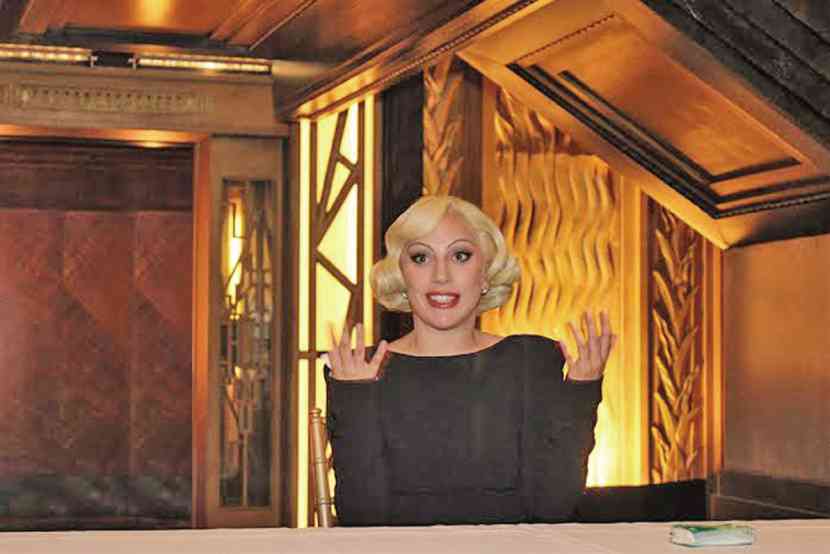 ON HER first day, Lady Gaga threw up in the car on her way to work. RUBEN V. NEPALES

But midway through our interview with Lady Gaga on Stage 16, she choked up as she expressed her gratitude to “Hotel” creator Ryan Murphy for casting her as The Countess Elizabeth without even having to read a single line before him. The blood-sucking Countess looks forever 25 but she’s been alive for over a hundred years.

“With Ryan, soul mate feels like too small of a word because a soul mate implies somebody that maybe you’ll spend the rest of your life with,” said the six-time Grammy winner.

Becoming misty-eyed, Lady Gaga said, “But I know that I will spend eternity with Ryan through this role because he gave me a sense of self beyond what I believed I was when I met him. He has always believed in me. I have had people who truly believed in me really betray me.

“It was about money, about this and that. With Ryan, he is so appreciative. When I spend that extra five minutes to get that lace front right, all the time I spent learning my lines, the time that I spent making sure that my diction is right, caring about the role, arguing with whomever I need to be arguing about the pain of The Countess and making it real, he is so grateful. Ryan is just a dream come true. Thank you, Ryan. I am sitting in here and a couple of years ago, everybody was making fun of me.”

After pausing to get her bearings, Lady Gaga declared, “It is truly destiny that I am with Ryan and I feel so close to him.”

Ryan, the object of this very emotional outpouring of gratitude, had introduced Lady Gaga earlier by saying that in our separate interview, “I raved and gushed about her for a half an hour.”

Before the interviews, we watched the first episode at the James Blakely Theater, also on the lot, and saw Lady Gaga, as the mysterious penthouse occupant of Hotel Cortez, and her lover, Donovan (Matt Bomer), engage in a bloody foursome. The season opener also introduced several of the series’ guests and visitors: Sarah Paulson, Denis O’Hare, Kathy Bates, Wes Bentley, Chloe Sevigny, Evan Peters and Max Greenfield.

Hotel Cortez is a breathtaking, full-scale set, complete with a ceiling from which dangled ornate chandeliers. It reminded us of downtown LA’s Cicada Restaurant. And true enough, the exterior shots were done in front of the restaurant which is housed in the landmark Oviatt Building.

The New York native also got emotional when she talked about her family. “My father’s sister died when she was 19 years old. He was 15 and I never knew her. She had lupus. Something about him losing her very early in his life and not knowing she was sick destroyed my father and grandparents.

“My grandparents came on a boat from Sicily. My grandfather was a shoemaker and my grandmother helped him. The other side of my family is from Venice. My grandmother didn’t work and my grandpa worked in insurance. So I have a fighting ambition within me to transgress the limitations of my economic status, where I was born, how I was born and where I lived. My father is from Jersey and I grew up in New York.”

With a lump in her throat, Lady Gaga said, “Since I was a kid, my family worked from nothing to where I would ever potentially be. That would be all OK because no matter where we ended up, we always had each other. My parents lost their jobs after Sept. 11. We had to start all over. I feel like whatever was taken from my family is being given back to them through me. I am sorry that I am so emotional. It’s not my fault. I’ve been doing emotional scenes all day and I am not prepared for this.”

Glancing at her manager sitting in the back, Lady Gaga shared, “My manager is looking at me and I have to say I love my manager so much that he is sitting here right now watching me; he is by my side every minute.

“I dislike saying ‘my assistant’ because it feels disgusting to say that I have an assistant when I am someone who grew up in a walk-up on the Lower East Side with nothing.

“But yesterday, my assistant —there I go, disgusting—and I were sitting on a couch together talking. She cried to me and said, ‘When I met you, it was like, I didn’t know how this happened. You were so sad, so broken, so empty. How did that happen, how did you have so much and feel so alone?’

“When my assistant met me, she met an old woman who was dying.  Someone who was giving up. She had met someone who decided, I have lived a lifetime that many people only dream of. If there was heartbreak, perhaps that was my karma, to be given all of this and then to have it taken away.  So what I would say is, I feel f***ing old.

“But when I came on set with Ryan, he reminded me that I could put that age and wisdom into something powerful and that makes me feel young again.” 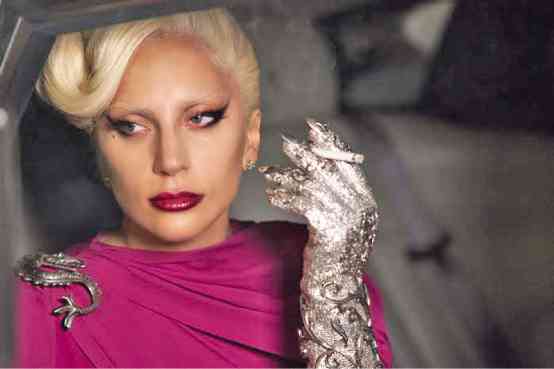 ON HER first day, Lady Gaga threw up in the car on her way to work. RUBEN V. NEPALES

Levity, for a change

Lady Gaga’s recollection of her first shooting day brought levity, for a change. “It’s so funny—on the first day of filming, I remember I was riding in my car,” she recounted. “I threw up in the car on the way because I was so nervous. I have never filmed on an actual set before. I have done some work but it is usually with green screen which is a bit different. I have also done a lot of plays where you get the entire couple of hours to be in the character and there are lots of rehearsals.

“Whereas this is me shooting moments that belong to a sequence and trying to understand the language of television. So I was extremely nervous.

“I threw up into a Ziploc bag. I walked into my trailer where my now very dear friend … Ryan was waiting for me. I said, ‘I brought my vomit for you because I don’t think I have ever been as nervous as I was that day maybe when I took the stage at the Oscars.’”

(To be concluded Friday)