Lifehouse: Back to indie roots 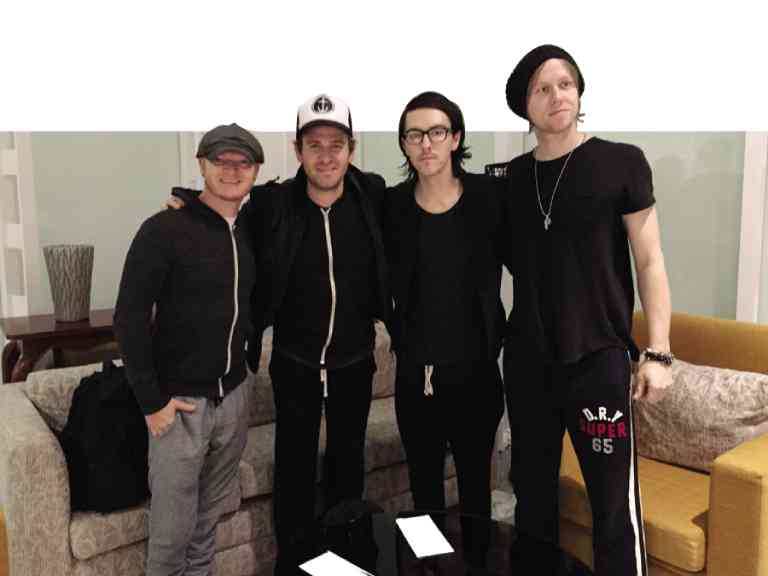 In 2013, after five studio albums, a handful of hit songs, and 13 years of touring that left its members feeling “a little burned out,” the alternative rock band Lifehouse took a much-needed break to recharge.

The hiatus, however, lasted a little longer than expected. And so for a moment, fans were left hanging as to whether or not the group was breaking up for good.

But after two years of inactivity, Lifehouse is back, revitalized and with a new record to boot. “Our time off brought fresh energy back to the studio, which, in turn, has carried on to our current touring cycle,” bassist Bryce Soderberg told the Inquirer in an e-mail interview. “We’re having more fun than ever.”

Lifehouse’s latest album, aptly titled “Out of the Wasteland,” likewise signals the American act’s return to its original sound, after experimenting with blues and country rock on its 2012 effort, “Almeria.”

“This record is an amalgamation of our career so far. We wanted to get back to our roots and use some of the same themes that we used on our first records, while at the same time showing our growth through the years,” he related.

Also composed of lead vocalist and guitarist Jason Wade, and drummer Rick Woolstenhulme Jr., the group behind such songs as “Hanging by a Moment,” “Broken,” “Spin” and “You and Me” will hold a concert tonight at SM Mall of Asia Arena—their third time in Manila.

The show is presented by Boardwords Media and Midas Promotions. For tickets, call SM Tickets at 470-2222.

Excerpts from our interview with Soderberg:

Did the hiatus allow you to have moments of introspection?

Absolutely. We were able to experience our lives and music from different angles, and grow individually. Each of us pursued different projects that gave us something to bring back to the table when we reconvened.

Coming off “Almeria,” we realized that the music industry has changed and the creative process of our band needed a rest. It was a healthy time. We are on the road now, and our fans are just as responsive as they were five years ago.

You’re doing things independently now. What are the pros and cons?

The pros are obvious to us. We get to have more creative control, we put together our own team and we also play by our own rules. After 15 years in the industry, we now understand better how it runs, even though it’s changing so fast.

The cons are … well, it can be challenging getting on television and certain radio stations because the major [labels] monopolize a lot of radio and licensing. We did well though and we are proud of the record.

“Almeria” was different from your previous efforts and received mixed reviews. Looking back, do you think that the new direction you took was something the band needed then?

I think the band has different views on how that time period went. Individually, some of us are fans of that record and how it was made; some of us not so much. I think it was necessary to absolutely make a change and take risks and we did. I think “Between the Raindrops” was a beautiful song.

What are some of your favorites off “Out of the Wasteland”?

“Flight” is a powerful song to us, lyrically, while “Hourglass” is cinematic and unlike anything we’ve done. We tried to raise our bar line and push the envelope.

The last time you were here was in 2012. What are you looking forward to this time?

Every time we come to the Philippines we receive such an overwhelming welcome. The last gig we played there was unforgettable. We could hear the crowd singing along in our ear monitors and the energy was incredible. Our favorite country to perform in is the Philippines, no question. We expect that our next show there will be no different from the last!