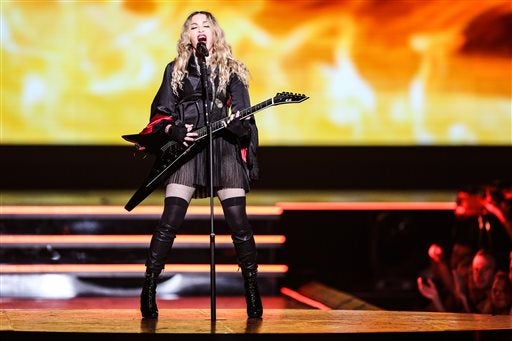 Madonna performs at the opening night of her Rebel Heart Tour at the Bell Center  in Montreal. AP

BANGKOK — Madonna has added a second show in Bangkok for her “Rebel Heart” world tour after the first concert sold out in under an hour, organizers said Wednesday.

Thai media had hyped Madonna’s first-ever show in the Thai capital as a “once-in-a-lifetime experience” that would “make history” in Thailand.

Tickets for the Feb. 9 show went on sale Saturday and sold out within an hour, according to Thai promoter BEC-Tero, which on Wednesday announced a second show for Feb. 10 at the 15,000-seat Impact Arena.

What to Expect from Madonna’s Upcoming Rebel Heart Manila Leg