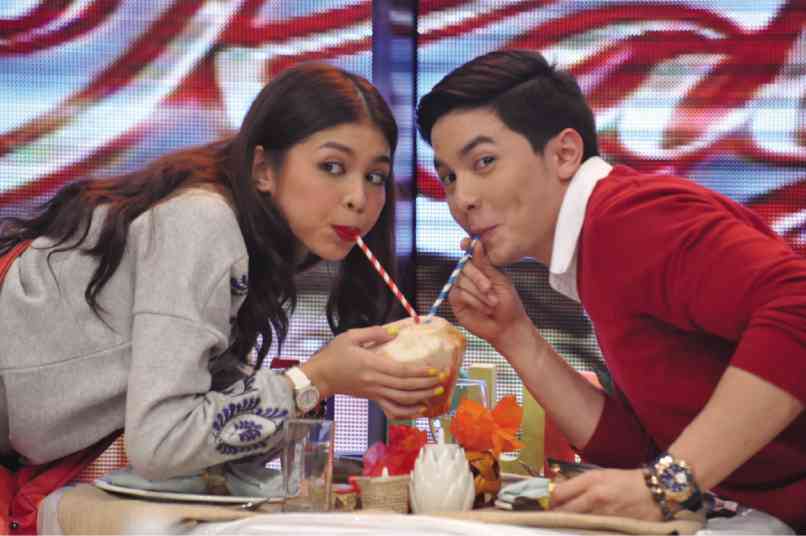 Handsome Hunk was well on his way to recovery—kicking a nasty vice by staying away from the scene and its temptations for a while.

A mole insists that HH has backslid in a major way recently.

HH has succumbed to pressures in the biz—a scandal that rocked his personal life is to blame. Controversies involving Lady Love supposedly drove HH over the edge.

HH is talented, but his on-set temper tantrums and unreliability cost him several assignments.

Now insiders think HH should avoid LL, who seems to spark all the troubles in his world.

Cute Heartthrob has so far managed to elude the casting couch. CH attained success, minus the help of influential gays.

Turned out powerful benefactors avoid CH like the plague. A mole claims CH is a certified basket case.

Or as a source would put it: CH is schizoid.

Bubbly Starlet is a huge fan of Major Star.

BS, however, is taking her admiration for MS to an extreme level. After undergoing a series of painful cosmetic procedures, BS now looks eerily like MS.

BS had her own charm before going under the knife. But now BS is nothing but a second-rate, trying-hard copycat.

MS will surely raise a well-plucked brow the next time she sees her stunning “twin” face-to-face.

It would be the face-off to end all face-offs. Afraid!

Controversial Celeb would like to keep it under wraps, but an insider insisted that High-profile Project had undergone a major shake-up.

Former Partner backed out of HP for some reason. Dashing Buddy came to the rescue.

DB purportedly replaced FP. To top it off, Perky Tandem was added to the venture as well. (After all, a competing enterprise boasts wildly Popular Duo.)

It’s a win-win proposition for CC, PD and DB. As for FP? Well, FP is too busy to fret over the changes.

Sultry Starlet thought she had it in the bag. SS attended a splashy event in the arms of Dreamy Date. 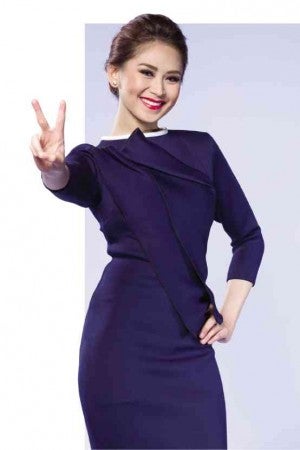 SARAH Geronimo feels it’s important to touch base with fans.

After one drink too many, SS got bored with DD and tried to seduce Charming Cutie.

SS was so scandalously soused and salacious, DD got fed up and walked out of the sordid scene.

SS continued to pursue CC who was spooked and scampered away. SS ended up going home by her lonesome.

For those who missed last weekend’s “CelebriTV” on GMA 7 (and why we are moved, if we are moved):

Maine Mendoza, asked if she has changed her mind about wanting to be a flight attendant: “Mas gusto ko pong mag-artista.” (Fly high, but stay grounded.) 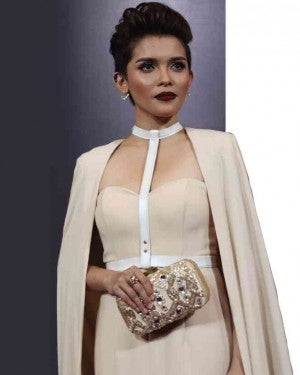 Kris Aquino, on who gets her vote in next year’s election: “I’ve been honest from the start that I’ll go with P-Noy.” (Moving on.)