US band Lifehouse arrives 4 days ahead of MOA Arena concert 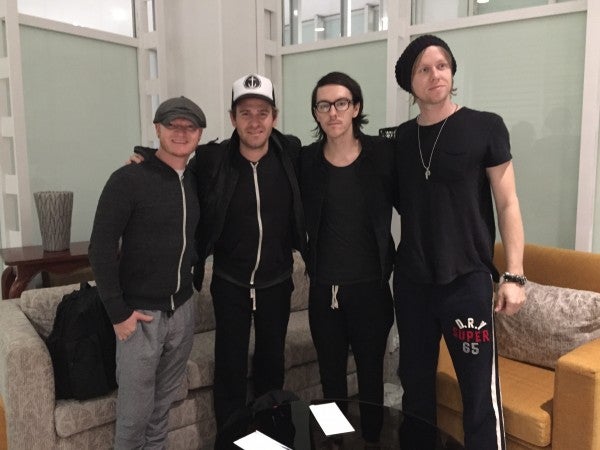 AMERICAN band Lifehouse arrived in Manila Monday, Oct. 5, four days ahead of its concert, to be held Oct. 8 at the SM Mall of Asia (MOA) Arena.

Currently composed of Jason Wade(lead vocals, guitar), Bryce Soderberg (bass, vocals) and Rick Woolstenhulme, Jr. (drums, percussion), with Pelle Hillstrom replacing Ben Carey on guitar, Lifehouse is on tour to promote its 2015 album, “Out of the Wasteland.” The album was released online and in stores on May 26 and debuted at No. 1 on the Independent Albums chart.

The band broke into the scene in 2001 with the hit single “Hanging by a Moment” from its debut studio album, “No Name Face.” The song was No. 1 for three weeks on the Billboard Modern Rock Tracks chart and peaked at No. 2 on the Billboard Hot 100 charts. It won a Billboard Music Award for Hot 100 Single of the Year, having spent 20 weeks in the Top 10 and more than a year on the charts.