Actors talk about their ‘Affair’ (Conclusion) 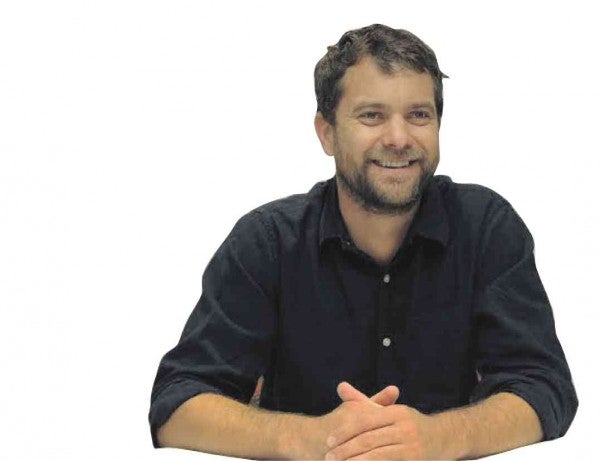 LOS ANGELES—In Part 2 of our column on “The Affair,” we feature Joshua Jackson (Cole Lockhart) and Maura Tierney (Helen Solloway), the former spouses of Ruth Wilson (Alison Bailey) and Dominic West (Noah Solloway) who have become lovers. Showtime’s popular drama examines the emotional and psychological impact of an affair that ended two marriages and the tragedy that still connects these four individuals.

Season 2 expands the show’s points of view. Will we see more of your character?

While Cole is occasionally still seen through other people’s eyes, now you’re presented with the opportunity to get inside him. This man who was seen by Noah as a brute more than anything else and by his wife (Alison) as this slightly manipulative, a bit emotionally distant but ultimately solid man with whom she just couldn’t bridge the gap of a tragedy—now you go inside of his life.

He sees himself as essentially a waste at that point. You just see a man totally undone. That to me was interesting, both from a physical standpoint of himself presenting to the world as this strong, confident, almost Marlboro man riding up on the horse in the first year. Now, he has let himself go. His beard is crazy and he looks not great.

The joy of Season 2 is getting inside of this man and seeing his frailties and how your self-perception is so often very far away from how you’re perceived on the outside. That is kind of an actor’s life, honestly.

What do you think of the hacking scandal involving Ashley Madison, a site for people looking to have extramarital affairs?

I think there were 37 million uncomfortable phone calls that day. “The Affair” trades on this as well. There is some prurient desire that we have to publicly shame and scold. A large part of the initial reaction to the scandal is exactly that. Like, you got what you deserved because you were doing something bad, right?

To me, what’s more upsetting about it is that in many ways, it’s the same as those poor girls, the actresses whose private photos were leaked to the Internet. Obviously, if I was in one of those relationships, I would be very upset with my partner if I found her on that list. However, that’s their personal business. We live in an era where the private and the public have become blended. That’s a dangerous thing.

“The Affair” is exactly the examination of that—the private lives of these people are totally discreet, unique and can only be lived by them. If we were all called to account for the private thoughts that we have, none of us would have very many friends (laughs). The real story of the Ashley Madison thing is this disintegration of the idea of an internal or a private life. That, to me, is a troubling place.

In one episode, your cab driver character has an interesting experience with a female passenger.

What kind of crazy adventures have you had inside a car?

I’ve been with the same woman (Diane Kruger) for nine years so if I told you about any crazy adventures I’ve had in my previous life, I would be looking for those new adventures again (laughs). If you can imagine it, I probably did it in my 20s but it’s been a long time now.

Speaking of Diane, what’s it like to be living with a fashionista?

It’s constantly surprising to me. It has taken me years to figure out how this thing is supposed to go to that thing and then you snap something over here which means you have to lace up on the side. I don’t think I’ll ever quite understand high fashion.

Do you find yourself sweating after helping Diane fit into her red carpet attires?

I find myself getting guilty. I don’t know about you but when we have to go to these fancy dress things and I have to put on a tuxedo, that’s a 25-minute process, right? You have to shower. That’s important. Then you dry yourself off. If you have to tie your own bow tie that maybe takes a little bit longer. But it’s pretty simple like pants, shirt, jacket and you’re out the door.

That is not the way for a woman (laughs). So that drives her absolutely insane. So as she’s going through the process of getting ready and the whole squad has to come in with the gown and everything, I can watch an entire football game before we leave. And drink a couple of beers, yeah. It’s not fair, I agree, but it works out well for me.

What’s more challenging for you—the nudity or the emotional scenes?

They’re both challenging. In the nude scenes, I don’t have to get so naked. I only get a little bit naked. There’s only been one sex scene [so far]…and it’s been fairly comedic.

So that’s easier to do when you know you’re doing it for laughs. You don’t have to be sexy. So this year, that hasn’t been too much of a challenge for me.

But the character is a little bit losing her mind, at least in the first half so that’s been very challenging but in a good way because in further episodes, she really does sort of lose it. That has been challenging but the writing’s really good. When the writing’s good, it’s easier to meet the challenge.

Are you glad that there seems to be equal-opportunity nudity in the show?

Especially in that scene.

No kidding. Did they leave the full (male) frontal in? I haven’t seen it. Oh, they did. 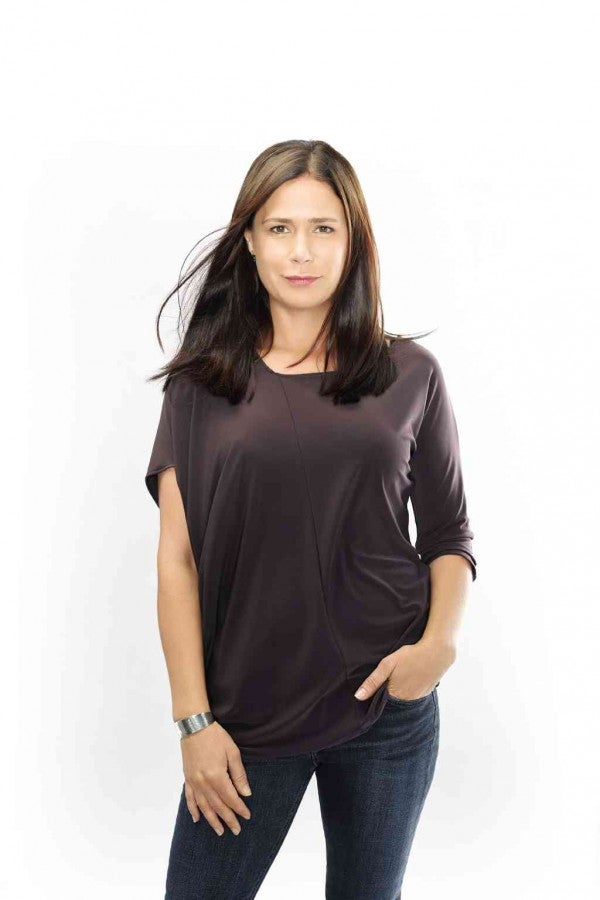 MAURA Tierney admits she also had a hard time after her divorce, like her TV alter ego.

And your reaction, too.

I forgot about that (laughs). Yeah, it’s definitely equal-opportunity nudity.

They try hard in this show to not make the sex gratuitous. I think Ruth and Dom (Dominic) are very vigilant about it. That sex scene also told the story of how Helen is trying to move on and she just can’t. Her goal is to become less uptight and she’s working on that.

What’s going on in your character’s mind when she looks at her lover’s organ in that scene?

(Laughs) I think what’s going on with her is not so much about the genitals at that moment but it’s his whole manner on the phone when he’s like, “blah-blah-blah, I want the fruit bowl and don’t give me a bad fruit bowl.” And he’s talking about money.

It’s depressing for her that she does not love this guy that she just had sex with. It’s oppressive and sad. She doesn’t want him to know. His manner and demeanor are not something that she likes. That’s what I think is going on in that moment.

You mentioned that your character is losing it a bit. When do you lose it in real life?

I had a hard time after I got divorced. That was not fun. I did sort of lose it because it wasn’t my call. It wasn’t similar because my ex-husband didn’t have an affair. But that was not easy. That was a difficult time.

How did you find yourself again?

It took a long time. I met someone else that I fell in love with, which helped. It’s difficult to reconcile that I spent many years with this person. There are many photographs I have of us and things we did. You can’t put them on the wall so it’s like that part of your life gets erased a bit. Because there’s no evidence of those 15 years or something like that.

So that’s difficult but in meeting someone else, I experienced love in a totally new, different way. I’m not trying to say that a guy made everything OK but it did help to feel loved again.

Is an affair excusable?

Probably never, right, because you should just tell someone you’re unhappy. I think there’s no reason why you can’t say to your partner, I’m having feelings for somebody else. But it’s just not easy. Look at that website, Ashley Madison. It’s a cheating website. People who are married can go on it and find someone to cheat with.

Somebody hacked in and there’s like 37 million (members). It’s crazy. So people cheat. Maybe some people have open marriages.

Since you also experienced divorce, were some of the “separation” scenes painful to shoot?

Not painful but perhaps I was more emotionally accessible because I have been there. When you are left, no matter how you’re left, you feel for a while like, I am the most alone person in the world. Even if you have lots of friends, family and support, there’s an aloneness that happens. I understood what Helen’s going through so it wasn’t more painful. It was perhaps more understandable to me to be able to play her. I hope.