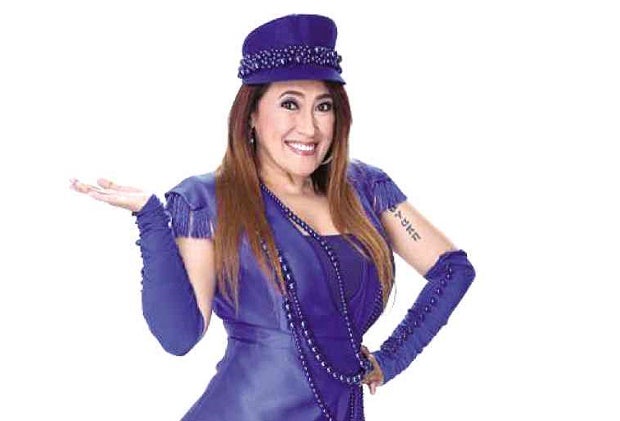 Ai-Ai de las Alas’ transfer to GMA 7 earlier this year was met with mixed reactions, with some critics saying that her move wasn’t good for her career. But with the surprising success of “Sunday PinaSaya,” the new weekly variety show she’s currently part of, the comedienne said she was glad that she was proving her naysayers wrong.

“I’m actually quite thankful to my detractors because they inspire me to work harder. You can’t put a strong woman down,” Ai-Ai told the Inquirer at a press conference. “I always do my best to be a good person and I never stopped praying. I believe this is God’s grace.”

Sunday noontime programs were traditionally focused on music and dance. “Sunday PinaSaya,” however, veered from the formula, and instead offered live comedy skits and games—something different for the said time slot.

And the reception so far has been generally encouraging. So encouraging, in fact, that its counterpart on ABS-CBN, the long-running “ASAP,” has started introducing similarly-wired sketches.

“We knew that we’re competing against an institution, but I try not to worry about it too much. Our goal is to make people happy, and I think you can’t go wrong with that,” said Ai-Ai, who’s joined in the show by Marian Rivera and “Eat Bulaga’s” Jose Manalo, Wally Bayola and Alden Richards.

“It’s a blessing to have this show; it’s well-planned and carefully pieced together. And its good showing is due to a lot of factors—timing being the most crucial,” she pointed out.

Meanwhile, aside from “Sunday PinaSaya,” the actress likewise shares hosting duties with Joey de Leon and Lolit Solis in “CelebriTV,” an entertainment-comedy magazine show, which replaced “Startalk.” It premiered on Sept. 19.

“I bring in the laughs, of course. I do some fun challenges with guest celebs, too,” Ai-Ai said.