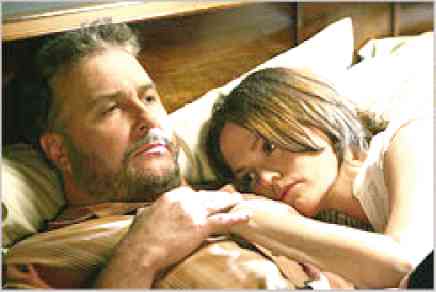 PETERSEN is reunited with Jorja Fox in series finale.

William answered these questions and more in our conversation with the actor who joined another drama show, “Manhattan,” as a series regular.

The following are excerpts from our chat.

Can you talk about your experience shooting the “CSI” finale?

I hadn’t been on the show for seven years. It was really fun to go back, see everybody again and get to see some of the crew guys and all the actors. It was a lot of fun and laughs. The great thing about “CSI” was, we were always best friends and we all really cared about each other.

I stayed in touch with people after I was off the show. But it’s different when you get to go back and play the same characters again together. So it was a thrill and a joy.

Will there be closure for Gil Grissom and Sara Sidle?

You have to watch. I don’t know how they edited it so who knows?

They are teasing a lot about it in the trailer.

Of course, they are. I am always leery of saying much about it. With the technology and everything, everybody is going to find out anyway. But yeah, a big part of the finale is what happens to those guys (Gil and Sara). 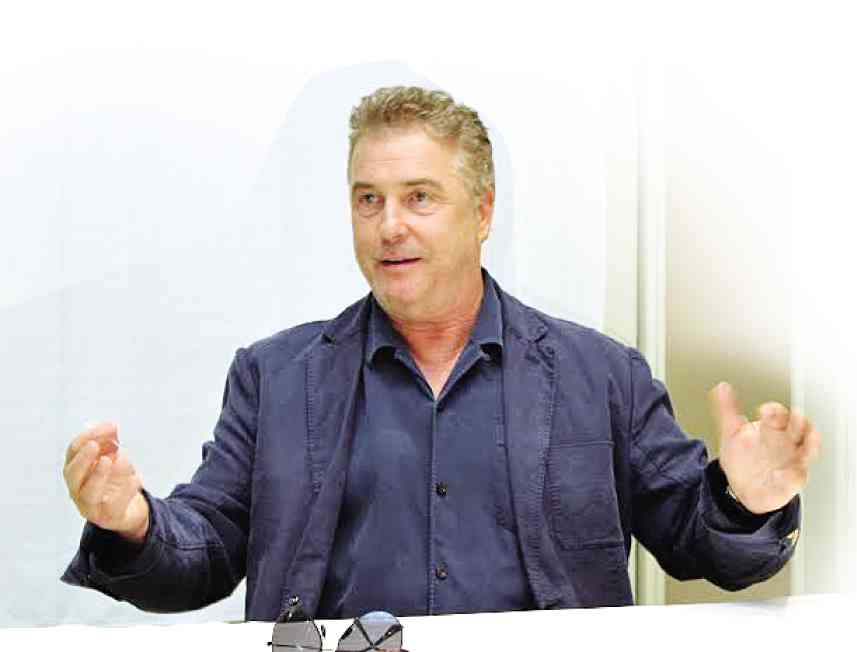 What was it like when you were Gil Grissom again and surrounded by these people you were very familiar with?

It was like falling off a log, quite frankly. It was the easiest thing. As soon as we were in the scenes together it was just fine—it was Grissom, Catherine (Marg Helgenberger) and Sara.

It was a fun episode to do. We had a lot of stuff that was brought back from the past.

Can you tell us your journey since you left the show?

One of the main reasons why I decided to leave the show was because for 10 years, I didn’t have time to do any theater. I grew up doing that. The real love that I have for acting is theatrical. I was afraid that if I didn’t start to do that, I would be afraid to do that again.

So it (leaving “CSI”) gave me the opportunity to go back to theater. I am part of a theater company in Chicago and that’s where I have always done theater.

I also felt that I had completed the “CSI” thing. I didn’t feel that I had much more to offer the show. I didn’t want to become completely repetitive. Plus, I didn’t really realize at the time that the show was going to go on for another seven years.

In the course of those years, my wife (Gina Cirone) gave birth (via surrogate) to two beautiful kids (twins—a son and a daughter). So we had that. I wanted to spend time doing that (raising the kids), which is what I have really been doing ever since.

I didn’t think I was ever going to do television [again]. Then I found out about “Manhattan.”  They called about that and they asked me if I would be interested in that.

Then, while we were in Santa Fe, we found out that they wanted to do a “CSI” finale. So we raced back and got into business with that.

What made you commit again as a series regular, this time in “Manhattan”?

It’s a fascinating show because very rarely would anybody try and do a period piece, especially on television. That whole saga of the creation of the atomic bomb is astonishing. So Tommy Schlamme (director) sent me the first season and I watched it. I was like, oh yes, I would love to do it. It was a different kind of character for me, too. And just the chance to work with those actors is great.

Plus, it is in Santa Fe, where it all took place. The sets and the whole production values of that show are just phenomenal. You really feel… what it was like when they were there in 1944, 1945.

There’s a point where John Benjamin Hickey’s character (Frank Winter) says, “Who are you?” I go, “I am the United States of America” (laughs).

You have such avid fans.

Yeah. Quite frankly, there’s a whole lot of gals in Europe who love Grissom a great deal. They are very dedicated, which is great. It is a little freaky at first because you are not used to it.

And you find out like especially when I went back to the theater. I was in Chicago for months at a time. They would fly in and go to the theater and sometimes sit in the same seat night after night. And I work in small theaters.

But once I got over the initial shock of that, I was fine. I actually met several of them and they were great—women mostly.

You’ve been seen attending operas. How much do you love operas?

I used to have great seats to the Lyric (Civic Opera House) in Chicago. I am married to an Italian (Gina). She comes from a long line of Italians, from Sicily to Tuscany, so the opera is a big part of it.

I love the simplicity in many ways of the stories and the theatricality of the opera.

I am fascinated by the artistry that is involved. I have a giant painting of Giacomo Puccini on my wall at home. I am just impressed by the genius of these composers.

Are there Italian dramas at home?

There’s always Italian drama at home (laughs). I am an expert. No, I like it. She (Gina) is pretty great so I am fortunate. And the pasta is good, too.