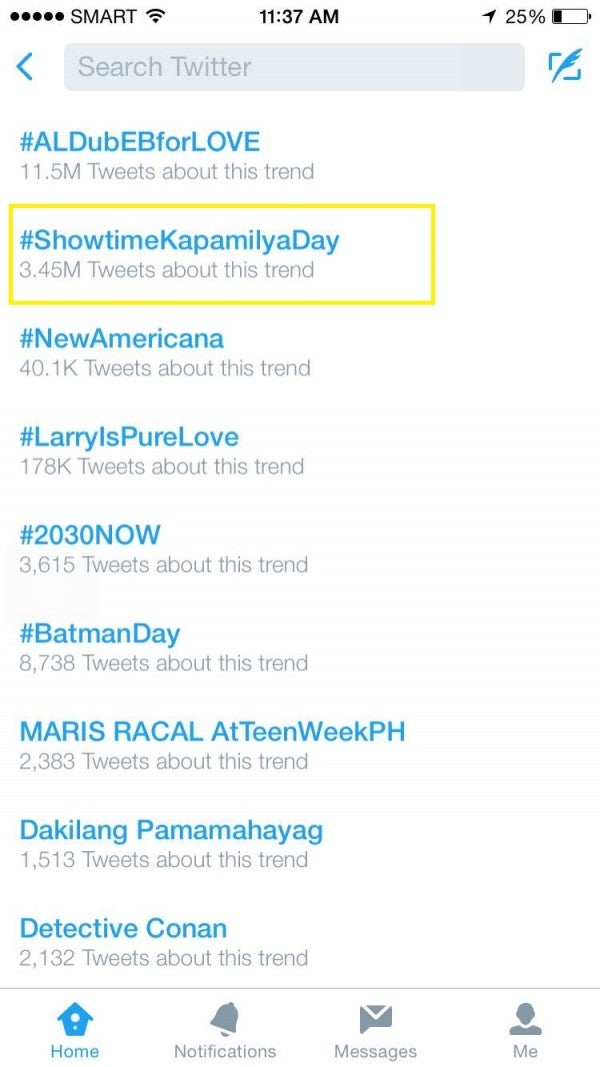 From ratings war to a battle for Twitter supremacy.

Before the airing of the kickoff of its sixth anniversary celebration, It’s Showtime’s official Twitter hashtag #ShowtimeKapamilyaDay has reached more than three million tweets.

It’s Showtime is also expecting a lift from its own reality series featuring “Pastillas Girl.”

While this is a Twitter record for ‘It’s Showtime,’ its rival “Eat Bulaga” has been making a killing in Twitter recently thanks to its hit “Kalyeserye” segment featuring the split-screen “AlDub” love team of Alden Richards and Maine “Yaya Dub” Mendoza.

As of 11 a.m., the hashtag #AlDubEBforLove has hit the 11-million mark on Twitter.

Vice Ganda and Curtis have earlier said that they welcome the competition between It’s Showtime and ‘Eat Bulaga.’ IDL