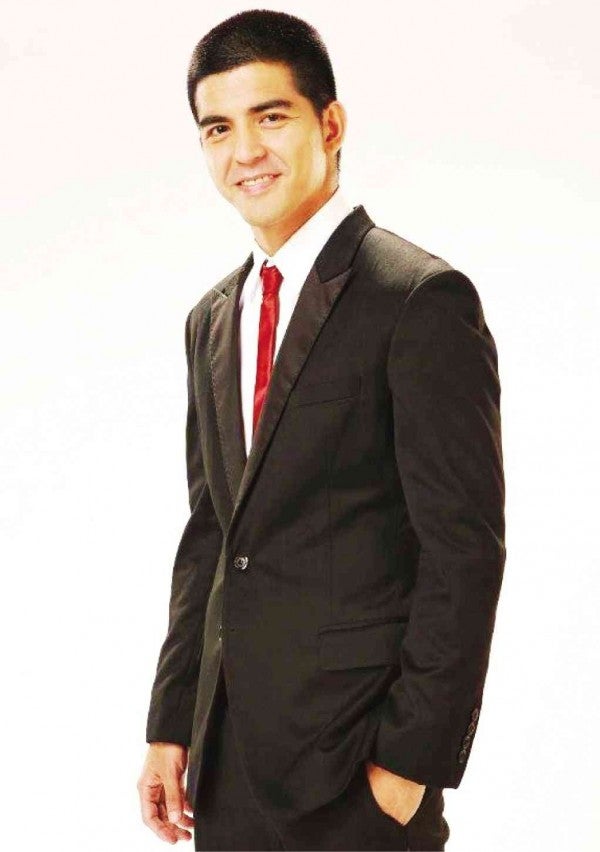 HERRAS. Lessons from a well-examined life.

There’s something about dark stories that bring out the serious actor in Mark Herras—like the true-to-life antiheroes he has portrayed in GMA 7’s drama anthology, “Karelasyon”: In its “CCTV” episode, Mark played a driver who forged a “unique” arrangement with his crippled employer (Fabio Ide) to keep his wife (Solenn Heussaff) happy.

His portrayal in its pilot episode last April was even more memorable—as the duplicitous lover of a lonely mother (Mylene Dizon) who also ends up seducing her gay son (Martin del Rosario)!

When we met the 28-year-old actor for this one-on-one interview, we asked him where his revelatory “ambiguity” was coming from.

Mark shares, “Getting cast as a person with sketchy moral values presented a challenge. But, it broke viewers’ perception that I’m like the nice guys I play in teleseryes. In reality, we all go through personal, financial or family problems—and playing troubled characters allows me to ‘release’ my frustrations in life.

“People relate to them, probably because those ‘hugot’ moments are real to me. Dun ko nailalabas ang mga dark thoughts ko sa mga panahong nalilihis ako sa tamang daan. They may be harder to portray, but they’re also more satisfying.”

Along with Jennylyn Mercado, Mark was “StarStruck’s” first big winner. With the sixth season of the popular reality search underway, what advice does Mark have for its contestants? He shares, “Keep your feet on the ground. Work hard—and don’t leave everything to chance or luck.”

The actor-dancer attributes his newfound maturity to fatherhood. He explains, “I’m not in any relationship right now, but I don’t hide the fact that I’m the doting father of a beautiful baby girl named Ada Sofia Nicolette—because if you want to be in a relationship with me, Ada, who’s turning 2 in November, is a crucial part of the package.

“It’s important to be upfront about this, because siring a child is a deal-breaker for many women. I’m already 28—and I’m done playing games, I now want something for keeps.

“In terms of the women I’m attracted to, I’m a little old-school—I like them sweet, loving and conservative. When I was still with Jennylyn (Mercado, his girlfriend for more than a year), I got into an argument with ‘S.O.P.’s’ wardrobe consultant, because he gave her an outfit that exposed her navel (laughs)!

“I spend my Sundays with Ada, and two to three hours a day when I’m not working. She has changed my perspective in life—like handling what I earn. I don’t deprive myself of material things, but part of what I earn I now set aside for my daughter’s future. There are things I don’t do because of how they can potentially affect her. Parenthood gives you focus and direction.

“The death of my father from complications of diabetes in October last year devastated me—but, Ada’s presence made it easier to accept. And I’m glad that Dad was able to hold his apo in his arms before he passed away—naabutan nila ang isa’t isa!”

What has he learned from his father that he wants Ada to learn from him? Mark replies, “Respect for others—because you can’t go through life thinking that you’re better than everybody else.”

What has Mark learned from his failed romances? He muses, “Get to know the other person better before you venture onto the next level. Watch each other’s backs, but be aware of your limitations—don’t meddle too much into each other’s affairs. More importantly, don’t lie, because what you keep from each other can be used against you when the going gets rough and tough!”