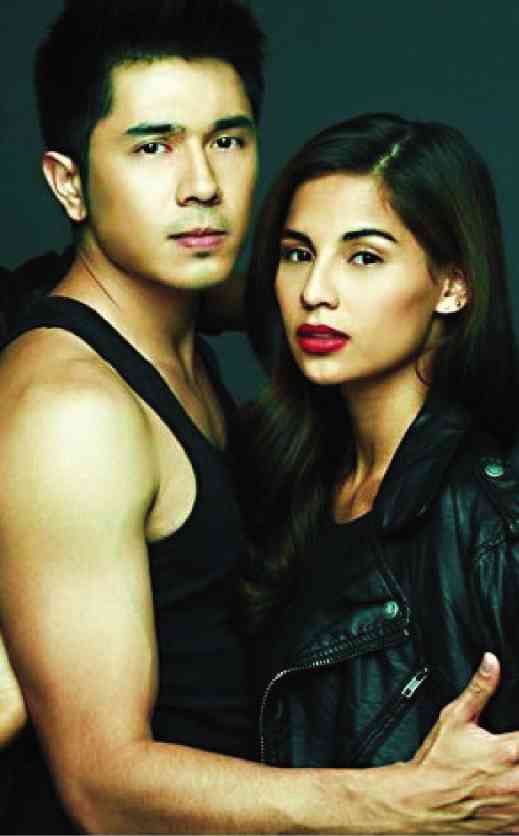 AVELINO AND CURTIS-SMITH. Their film puts a sinister twist on the Filipino diaspora.

Truth is often stranger than fiction—and this is especially true for local films that bravely examine society’s most pressing and pertinent problems, among them issues involving overseas Filipino workers (OFWs), who now comprise more than 10 percent of our population.

Right off the bat, Alfonso “Borgy” Torre III’s zombie-aswang screen hybrid, “Resureksyon,” the young filmmaker’s follow-up to the splendid “Kabisera,” puts a sinister twist on the Filipino diaspora, but is compromised by the weight of its ambition.

As it chronicles the strange events that transpire when the remains of OFW Mara (Isabelle Daza) are brought home in a casket, the movie’s confounding tale follows a jagged narrative trajectory that spends far too long just filling time—and borrowing disparate storytelling concepts that confuse more than they clarify.

The film is a timely parable about the long-term effects of migration—but, this supposedly urgent survival piece is fascinated with its own “bleak chic” more than in telling a coherent and “relatable” story—it trudges aimlessly from one scene to the next with not much chilling suspense and urgency.

Moreover, it’s hard to invest in characters that are either too unhinged (Gee Canlas, hamming it up like there’s no tomorrow) or too flimsily developed—especially because most of its scenes are too dark to see—which is ironic, because film is a visual medium. In one telling sequence, Lapus makes a spot-on observation: “Ang dilim naman dito—parang kweba!” —Our take, exactly.

Avelino isn’t required to do much—most of the time, he just looks concerned or disturbed, like the audience watching the film.

The production does have a few plus points: As the town mayor constantly dreading the thought of getting eaten by his “undead” wife, Niño Muhlach, while occasionally too loud, provides a refreshing diversion from all of the screaming and sprinting, as well as some leavening moments of winking humor.

Jasmine is also weighed down by the movie’s lack of coherence, but she manages to bring a tragic allure to her “compromised” but sufficiently proficient characterization.

In striking contrast, the movie fails to animate its script—and the rest of its cast—as it succumbs to the overwrought excesses of the horror genre.