Claire Danes gets star on Hollywood ‘Walk of Fame’ 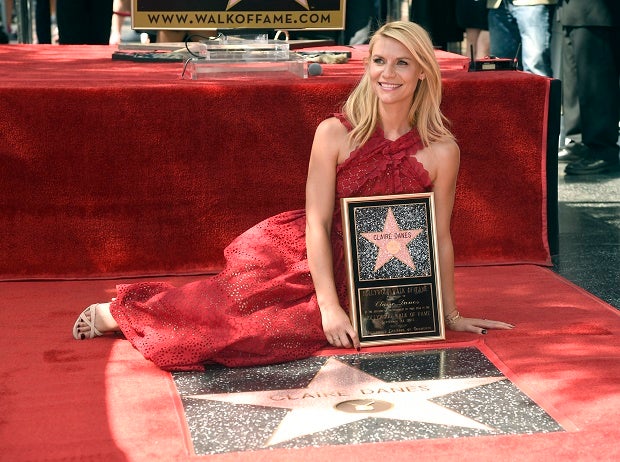 Claire Danes poses atop her new star on the Hollywood Walk of Fame on Thursday, Sept. 24, 2015, in Los Angeles. AP

“This is huge and wonderful,” Danes, who plays CIA officer Carrie Mathison on the show, said during a brief ceremony.

“This is really cool,” she said.

She thanked those who had helped her career along, especially her parents, who moved from New York to Los Angeles so their daughter could try her luck at auditions.

“There’s so much low and high in what we do. If I’m here it’s because I have made a connection that is real. I was here and you were here with me,” she told her fans.