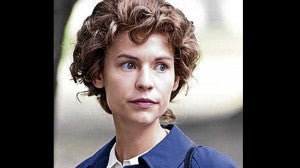 There have been many movies on autism. The ones that immediately come to mind are “I Am Sam,” starring Sean Penn, and “Rain Man,” with Dustin Hoffman and Tom Cruise. Penn’s character tries to lead a normal life with a 7-year-old daughter, while Cruise is forced to establish a close relationship with his autistic brother, played by Hoffman.

HBO’s “Temple Grandin,” which airs on September 2 at 10 p.m., is different, because it concentrates on the achievements of an autistic woman. Danes convincingly portrays the title role, a real character who has a Ph.D. in Animal Science. She is known for the many innovations she has introduced to the cattle industry and her animal-welfare advocacy.

Although the film does highlight her difficulties as a child (she started speaking at age 4) and her being oversensitive to sound and touch as a grown-up, “Temple Grandin” puts more emphasis on how she overcame these problems. Viewers are able to visualize what goes on in her mind when she tries to solve a problem. In her own words, “I’m not like other people. I think in pictures, and I connect them.”

Director Mick Jackson uses animation and stop-motion photography to look at reality through the eyes of an autistic person. In the words of the director, “Before Temple, nobody had said, ‘This is how it feels. This is what, day to day, an autistic person goes through.’ Yet, Temple had done just that. We could use cinema to bring this different perception of the world to light for other people!”

Danes won an Emmy award for Outstanding Lead Actress in a Miniseries or a Movie for “Temple Grandin,” which garnered six other Emmys, including Outstanding Made for Television Movie.

Danes deserves the award for her non-sentimental portrayal of the autistic lead character. She doesn’t resort to emotional blackmail to get viewers to understand the obstacles that Temple had to overcome. Julia Ormond also does a fine job as Temple’s mom.

Read Next
Love’s like that
EDITORS' PICK
Work-From-Home is here to stay and requires reliable logistics
Legarda emphasizes role of ICC/IPs in nation building this IP month
Climate Change Commission and Nestlé PH to discover sustainability-focused solutions
Renewal of driver’s license now requires taking LTO education seminar
TNT nears PBA crown after rout of Magnolia in Game 4
PH still at bottom of COVID-19 economic resilience ranking
MOST READ
Drivers now required to take driver’s education upon license renewal – LTO
Marcos Jr’s ‘special diploma’ from Oxford: You can have it, too
Don’t do that: Robredo to supporters calling to boycott restos supportive of Marcos
OVP spox to Imee Marcos: Robredo is an extraordinary lawyer
Don't miss out on the latest news and information.