‘God Gave Me You’ singer coming to PH for AlDub? 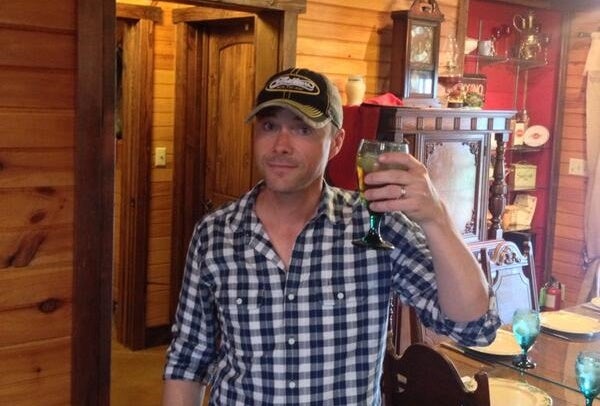 It looks like the “AlDub” fever gets the better of Bryan White.

Bryan is the voice behind “God Gave Me You”, the song that has become a national anthem for the blossoming romance between actor Alden Richards and dubsmash queen Maine “Yaya Dub” Mendoza, the main stars of Eat Bulaga’s Kalyeserye.

The song was released in 1999, one of the tracks in Bryan’s fourth studio album ”How Lucky I Am.”

For a while now, AlDub fans have been tweeting the 41-year-old American country singer, expressing their fondness and appreciation for the song that captured the hearts of millions of Filipinos.

But Bryan, who goes by the Twitter handle @bryan_white, was first clueless about what the fans were gushing over.

On September 18, the day before the AlDub “Saturdate” took place, he asked: What is #ALDUB? A wedding?

“What is a love team? Forgive me for not knowing. Lol,” he asked again, hoping to be enlightened more. His question earned quite satisfying answers, much to the delight of the fans.

And since Saturday, he has been thanking his Filipino fans and retweeting the messages.

[View the story “Bryan White thanks AlDub fans” on Storify]

Just couple of hours ago, Twitter user AlDubForTheBigBoyz™ ‏(@AlDubBigBoyz ) posted a series of clips showing Bryan in a recording studio and speaking to his Filipino fans.

“I just wanna say a big thank you to all of my Filipino fans and Asian fans out there,” Bryan said. “I’ve been very excited about all that’s happening with ‘God Gave Me You.’”

“I can’t thank you enough for the support … I love the song so much until to this day. I love it. I just can’t believe how music travels and you just never know where it’s gonna end up and what’s gonna happen with it.”

“I just wanna thank you so much. I’ve been thinking about that all day. I promise we’re coming to see you soon. We‘re actually working right now on the tour in the Philippines. We will definitely see you very soon,” he concluded.