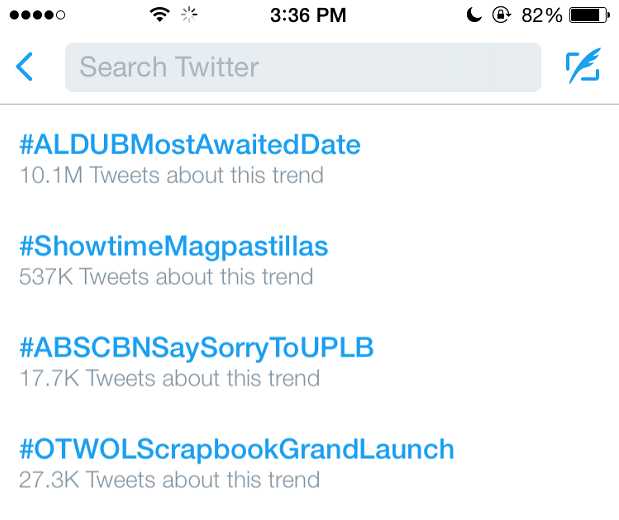 It’s official. The #AlDub craze has again posted a new Twitter record and in the process reached Eat Bulaga’s goal of 10 million tweets.

Days before the “most awaited date” of the trending love team of actor Alden Richards and online sensation Maine Mendoza, known as Yaya Dub, supporters were already gunning for the top spot on Twitter.

By Saturday noon, the tweets have reached 5 million.

During the show, television host Joey de Leon called on fans of Eat Bulaga and its hit segment “Kalyeserye” to help break the show’s previous Twitter records by tweeting #ALDUBMostAwaitedDate.

In August, the hashtag #AlDubMaiDenHeaven recorded more than 3.5 million tweets, surpassing that of the #PapalVisit of Pope Francis in January.