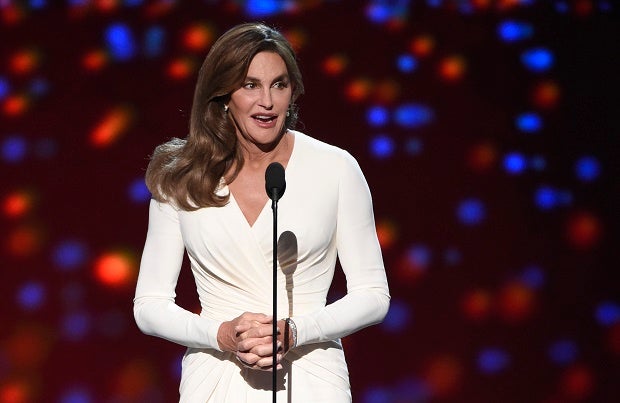 In a Wednesday, July 15, 2015 file photo, Caitlyn Jenner accepts the Arthur Ashe award for courage at the ESPY Awards at the Microsoft Theater, in Los Angeles. Jenner filed a petition on Tuesday, Sept. 15, 2015, to legally change her name to Caitlyn Marie Jenner and to change her gender to female, according to files released by Los Angeles court officials on Wednesday, Sept. 16, 2015. AP

LOS ANGELES, United States—Caitlyn Jenner has filed paperwork to make her name and gender transition official, but she has requested privacy accommodations citing threats she has received.

The Olympic gold medalist who was born as Bruce Jenner filed a name and gender-change petition on Tuesday in Los Angeles. She is seeking a private hearing to officially change her name to Caitlyn Marie Jenner and gender to female.

READ: Caitlyn Jenner: ‘no regrets’ as a woman, including golf

Jenner, 65, is seeking the change “to better match my identity,” the filing states.

It was released Wednesday so a judge could consider Jenner’s request to file portions of the application under seal.

Some details in the released petition were redacted after Jenner’s attorneys sought to keep certain personal details private, citing concerns about threats made against her.

“Although public support for my transition has been overwhelmingly supportive, I am also receiving unwelcome negative attention from private citizens, including threats of bodily harm,” Jenner wrote in a sworn declaration.

Jenner won a gold medal in the men’s decathlon at the 1976 Olympics and was married to Kris Jenner, mother to the Kardashian sisters, for more than 20 years.

Los Angeles prosecutors are still considering whether to file a criminal case against Jenner over a February traffic collision on Pacific Coast Highway that left one woman dead.

Jenner’s sport utility vehicle crashed into two cars on Feb. 7, pushing a car driven by Kim Howe into oncoming traffic. Howe, 69, died after her vehicle was struck by a Hummer, and her stepchildren are suing Jenner for wrongful death.

Sheriff’s investigators determined that Jenner was traveling at an unsafe speed for the road conditions at the time, and there was enough evidence to support a charge of vehicular manslaughter, the department said last month.