Girls’ Generation members break up in a row | Inquirer Entertainment

Girls’ Generation members break up in a row 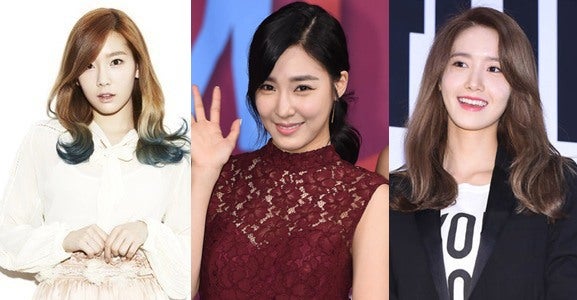 Three of the members of K-Pop girl group Girls’ Generation have confirmed their breakups with their respective boyfriends. PHOTO FROM KOREAHERALD.COM

Three members of K-Pop girl group Girls’ Generation have officially broken up with their romantic partners, as Taeyeon has reportedly ended her 15-month relationship with EXO’s Baekhyun.

The phenomenal hallyu couple, who made their romantic relationship public last June, had been dating on-and-off for a long time, but recently decided to finally make a solid decision and called it quits.

In August, Yoona confirmed her breakup with singer and actor Lee Seung-gi after two years, attributing the split to their busy schedules.

Tiffany, meanwhile, have also broken up with 2PM’s Nickhun.

Starting with rumors about Yoona that went viral in January 2013, many of the group’s members confirmed their relationships with other celebrities, sending shockwaves throughout the Korean entertainment scene.

But these days, the romances seem to have lost their luster, and some of the girls are blaming it on their busy schedules.

Members Su-yeong and Yuri, however, are maintaining their relationships with actor Jung Kyung-ho and star baseball player Oh Seung-hwan, respectively.