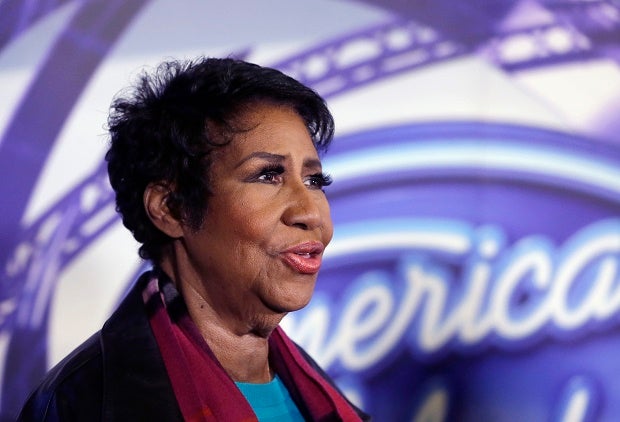 In a March 4, 2015, file photo, singer Aretha Franklin is interviewed after a taping for American Idol XIV at The Fillmore Detroit. Organizers announced Monday, Sept. 14, 2015, that Franklin will perform for Pope Francis during an outdoor festival in Philadelphia on the next-to-last night of his U.S. tour this month. AP Photo

NEW YORK, United States—Soul legend Aretha Franklin, the daughter of a preacher, will sing for Pope Francis during his highly anticipated visit to the United States this month, it was announced Monday.

Franklin, originally a Gospel singer but best known for her feminist-tinged cover of “Respect,” will perform for the reform-minded pope in Philadelphia at the September 26 “Festival of Families,” organizers said.

The 73-year-old Franklin, whose father was a Baptist minister, recorded her first album, 1956’s “Songs of Faith,” at his Detroit church when she was 14.

The 18-time Grammy winner said in a statement that it was “indeed a blessing” to sing for Pope Francis.

The Festival of Families, sponsored by the Roman Catholic Church and put on every three years, also announced that actor Mark Wahlberg would serve as the host of the event.

Wahlberg, a devout Catholic, embraced the church after deciding to turn his life around during a short jail term for racially motivated attacks as a teenager in Boston.

“As a Catholic, I credit much of my success to my faith,” the rapper-turned-actor best known for the 1997 film “Boogie Nights” and for his Oscar-nominated performance in 2006’s “The Departed” said in a statement.

“It is an honor to be part of welcoming Pope Francis to Philadelphia and I am humbled to join this celebration.”

Colombian rocker Juanes, the Philadelphia Orchestra and Italian tenor Andrea Bocelli, who frequently performs at the Vatican, will also be on stage, as was previously announced in June.

READ: Obama to seek unity with pope on issues in White House visit

Next week’s visit will be the first ever by Pope Francis to the United States—as pontiff or earlier. The trip will also feature a meeting with President Barack Obama and an address to the US Congress in Washington as well as events in New York, including at the United Nations.