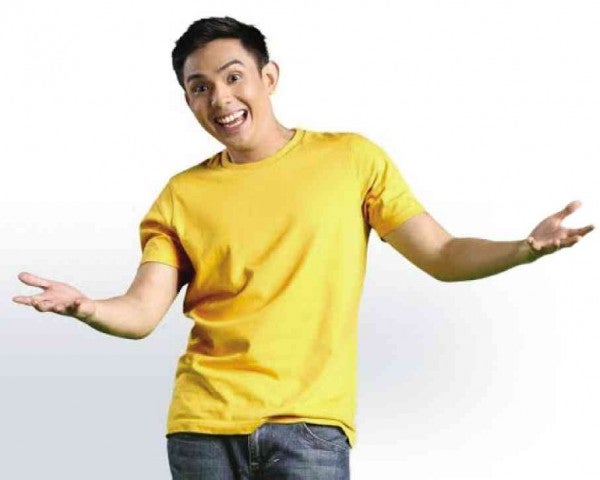 SEF CADAYONA says he has a responsibility to “never stop learning” as a comedian.

As an aspiring comedian, Sef Cadayona couldn’t have asked for a better preparation than being able to work with both Vic Sotto and Michael V—two of the most successful funnymen in local show biz.

“I’ve learned a lot from them,” he told reporters at a press conference for GMA 7’s modern-day adaptation of “Juan Tamad.”

“On the set of our shows, if I wasn’t in the same scene, I would watch them from the sidelines. That allowed me to spot my errors and get a better grasp of what’s funny and what’s not,” related Sef, who was part of Vic’s sitcom “Vampire ang Daddy Ko.”

The 26-year-old Kapuso talent is also a mainstay in the long-running gag show “Bubble Gang,” which counts Michael V as actor and creative director.

While he had already started getting the hang of throwing punch lines, Sef said it still makes him a bit nervous from time to time. “You have to be a thinking comedian; you should never stop learning because it’s your responsibility to the viewers,” he pointed out.

To this day, Sef said, people still couldn’t believe that he joined the industry without any aspirations of becoming a leading man. “I have no desire to be packaged as a tall and handsome hunk,” he related.

Sef, a “StarStruck” Season 5 finalist, plays the titular character in “Juan Tamad,” which, he said, allows him to hone his comedic chops. He’s paired with Max Collins, who portrays Mariang Masipag.

“I think it’s about time to introduce this tale to the new generation. They’ll definitely pick up valuable lessons,” he said. “Although Juan is lazy, he maintains a positive outlook and shows that, sometimes, patience pays off.”