Ridley Scott’s ‘The Martian’ takes off in Toronto 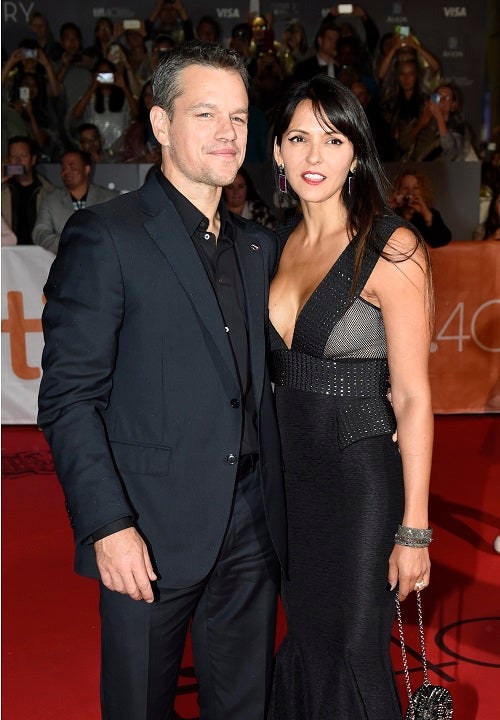 Matt Damon, left, and Luciana Barroso arrive on the red carpet at the gala for the film “The Martian” at the 2015 Toronto International Film Festival in Toronto on Friday, Sept. 11, 2015. (Frank Gunn/The Canadian Press via AP)

TORONTO, Canada—Matt Damon got to relive his childhood fantasies of being an astronaut in Ridley Scott’s 3D space epic “The Martian,” where he portrays a character left for dead on the Red Planet.

READ: “The Martian” 2nd trailer shows how to live on a planet where nothing grows

The film adaptation of Andy Weir’s 2011 book about fictional NASA astronaut Mark Watney (played by Damon) becoming stranded by a sudden storm on Mars and the heroic efforts to bring him home premiered Friday at the Toronto film festival.

To stay alive, Watney must use all of his scientific knowledge and limited materials inventively to secure water, grow food and reach out for help, and hope nothing else goes wrong while waiting for a possible rescue.

READ: Astronaut left behind by his crew after being presumed dead

For Damon and his stellar co-stars, playing astronauts “was like being a little kid… in your bedroom pretending you’re in space,” he said.

“I don’t really want to go to space but I want to pretend to,” said Jessica Chastain, who worked with NASA consultants and visited its Jet Propulsion Laboratory (JPL) in Pasadena, California to prepare for her film role as the mission commander.

Chastain’s character presumes Watney is dead and leaves the NASA botanist behind on a Martian plateau.

“I assumed when people went to space that they didn’t wear jewelry,” she said, recalling her surprise when learning that astronauts wear their wedding ring in space.

One astronaut told her “how important it is when you’re in space to keep your ties to Earth,” she explained.

“The fantasy of space, which is now a reality, is a marvellous platform… where almost anything goes,” said Ridley Scott.

It “is really about the reality of NASA and what goes on,” said the director of “Blade Runner” and “Prometheus.”

The script was pitched as “a love letter to science,” said Damon, whose character says to himself when faced with a technical problem in his attempts to get off the arid planet: “I’m going to have to science the shit out of this.”

The book ironically pays homage to Scott’s science fiction legacy, referencing the tagline from his 1979 hit film “Alien”: “In space nobody can hear you scream.”

But the line was cut inexplicably from the film.

Described by the film festival organizers as a “galactic spin on ‘Saving Private Ryan'” (in which Damon played the titular role), the movie pays tribute to space explorers and mankind’s enduring thirst for discovery.

“I’m such a nerd when it comes to space exploration now,” Chastain said of the experience, adding that she had looked forward most to filming zero gravity scenes done with pulleys.

It was “very surreal,” Mara added. “It feels very much like a dance.”

But “I would never make it as an astronaut,” she confessed.