‘Heneral Luna’ is engaging and uncompromising 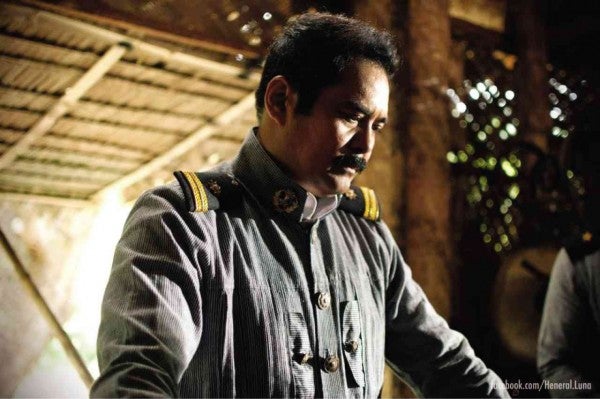 ARCILLA. Has “that Luna madness.”

In Jerrold Tarog’s period film, “Heneral Luna,” the biggest task for the filmmaker was managing the grandiose production with over 500 extras. “The hardest challenge was maintaining the vision without being overwhelmed by the scale. We had a year-long preparation with numerous test shoots and planning stages,”  he recalls.

On working with John Arcilla: “He knows his craft. I first saw him in Raymond Red’s ‘Anino’ years ago and thought he was awesome. Then I saw him in ‘Metro Manila’ and he already had that Luna madness. After some screen tests, it was a no-brainer.”

Tarog is also credited as the film’s screenwriter and editor. Why would the new generation watch his film? He shares, “We did our best to steer away from hero glorification and the stiff formality of typical historical films. ‘Heneral Luna’ is not merely a history lesson but an attempt to humanize historical figures, so we can all relate to them and see ourselves and our mistakes in them. We also did our best to make it entertaining.”

Students get a 50-percent-off ticket discount if they present their IDs at the theaters.