Rising to the occasion–and falling short of expectations 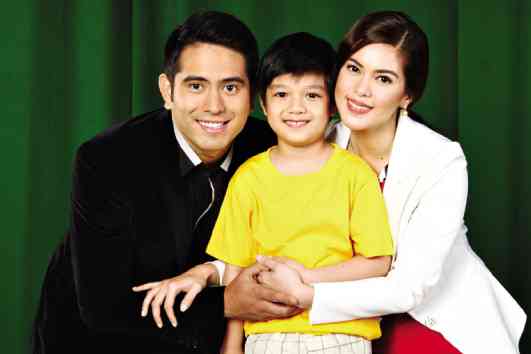 The ongoing teleserye “Nathaniel” is an interesting and instructive production for acting aficionados to study, because it provides an opportunity to compare two kinds of performances in just one show—a lead portrayal that rises to the thespic occasion—and others that fall short of expectations.

The successful performance is turned in by Coney Reyes as the female “antihero” or “kontrabida” lead in the drama series—an ambitious and persuasive businesswoman who is used by dark supernatural forces to lower the morality of the marketplace, and to victimize the populace!

At first blush, the role seems all too negatively predictable—all Coney has to do is to play her character big, broad and scheming, and she’s home free. But being a good actress, she isn’t content doing only that—she embraces the moment when her “nega” character begins to develop doubts, and scruples, and plays the resulting mix of emotions with artistic insight and subtlety!

What, subtlety in a teleserye portrayal? That sounds like a contradiction in terms, but the veteran actress is able to achieve it by showing viewers how her character struggles to make psychological sense out of her now-conflicting impulses.

Even better, she does so without being blatant about it, working internally and thus avoiding the big thespic sin of “indicating” that so many less subtle actors commit! 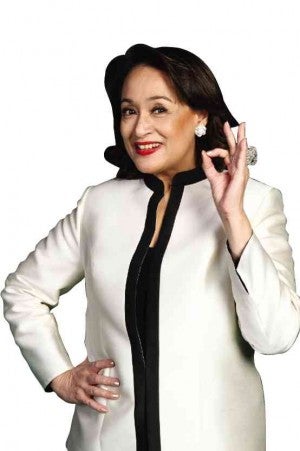 On the other hand, some of Coney’s costars go the other direction in differing ways, and thus fall short of expectations: Male lead Gerald Anderson, who plays Reyes’ son and heir, is hobbled by the fact that his character’s neglect resulted in his and Shaina Magdayao’s child’s “death.”

Succeeding events make him even more cold-hearted, so the big challenge for Gerald is how he can believably turn 180 degrees, make amends and end up a good guy!

Thus far, the actor has been avoiding the huge thespic problem by just playing it tough, or (at best) hurt, confused and misunderstood. So, when the moment of truth does come for his character at the end of the series, his change of heart could leave viewers cynically exclaiming—“Whaaaat?!”

Shaina’s problem appears to be her unwillingness to look less lovely even in extremely conflicted and emotional scenes, when contorted facial features are needed to show how deeply her character has been hurt or angered by the intense provocation at hand. As a result, Shaina does end up still looking good—but her character comes off as—rather shallow.

For his part, child actor Marco Masa (as Nathaniel, the angel sent down to earth to help people solve their problems) is a fresh-faced find who can act and sing. But, his portrayal lacks credibility because it’s too idealized.

He solves difficult problems far too easily for viewers to really empathize with and believe in. This is more of a scripting problem than the child actor’s “fault,” but it limits the effectivity of his performance, all the same.

So, his handlers should come to his rescue by asking for less simplistic and more believable resolutions to the problems that he too “angelically” helps to solve.