Darryl Shy, a ‘maestro’ to his brood | Inquirer Entertainment

Darryl Shy, a ‘maestro’ to his brood

DARRYL Shy was a crowd favorite in Season 1 of “The Voice of the Philippines.” He topped the live rounds, and was the only artist to beat the grand champion in terms of text votes. He captured the hearts of the audience with his heartfelt renditions of songs during the competition, and very subtly showed the struggle of the artist-musician with his wife and five children.

His kids comprise the pool of talent literally right in his own backyard.

Nathan—the eldest of the brood—can play any instrument. But just like his father, he prefers the guitar. He is also skilled in sound production.

Karen—the eldest of four daughters—is a drummer, who also plays the ukelele, and carries a tune with ease. She recently formed a band in Cebu, where she is taking up Marine Biology in one of the city’s top universities.

Katrina, who was home-schooled for a few years, has appeared in several music videos, including Jireh Lim’s YouTube hit “Buko.” 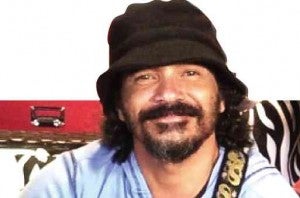 Fourth child Isabel is on her second year as a full scholar at the Cultural Center of the Philippines Ballet School. She has a voice to match her dancing skills.

Nicole, the youngest, tackles difficult tunes with soul and her own playful twist.

Darryl acted as maestro to his brood when they spontaneously recorded in his home studio a cover version of the late Andy Gibb’s song “Don’t Throw It All Away.”

It started as a solo project. Slowly, the need to add texture arose, so the kids’ voices and musical input were included. The song is still in the works and will be available for viewing in Darryl Shy’s music channel on YouTube.