Denise gets in touch with inner artist | Inquirer Entertainment

Denise gets in touch with inner artist 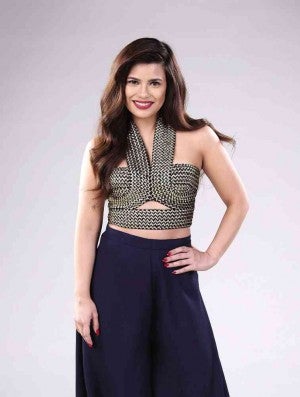 “FOR A TIME, nobody wanted to listen to me so I stopped trying,” said actress Denise Laurel, explaining why she has not performed on stage for almost 10 years now.

Denise, who grew up in a family of art and theater enthusiasts, joined theater when she was 6. She was discovered by Star Magic’s Johnny Manahan in a production of Repertory Philippines. This was before she joined the kiddie gag show “Ang TV 2” in 2001.

She is one of the eight finalists of the second season of the reality talent search “Your Face Sounds Familiar,” which will premiere on Sept. 12 on ABS-CBN. Other finalists are Sam Concepcion, KZ Tandingan, Kakai Bautista, Michael Pangilinan, Myrtle Sarrosa, Eric Nicolas and Kean Cipriano.

Denise said she joined the show “to get in touch with my inner artist, to see if I could still do it. I’ve long turned my back on performing, that’s why I already lost confidence. I want to get it back and learn more.”

She added: “I’m just enjoying. I don’t even think about winning. Not to toot my own horn, but I was really good when I was younger. I’ve changed so much and lost so much of that confidence. I need to get in touch with my old self,” said 27-year-old Denise.

She said she would love to mimic Janet Jackson on the show.

Read Next
Endearingly funny villain of ‘Singin’ in the Rain’
EDITORS' PICK
Is it safe to talk politics again at family gatherings? ‘The Reconciliation Dinner’ shows us what that’s like
House energy committee chair Arroyo bats for cheap electricity
Pagasa: Warm, sunny Sunday in most parts of PH
vivo’s coming to town to grant wishes with more holiday promos
EDITORIAL: To a bike-friendly future
The Best Tech Gifts For The 2022 Holidays
MOST READ
LOOK: Vhong Navarro transferred to BJMP detention facility in Taguig
The Elephant Man in the Senate
Posh village as ‘shabu’ haven
LOOK: Zanjoe Marudo bonds with Ria Atayde, her family
Don't miss out on the latest news and information.