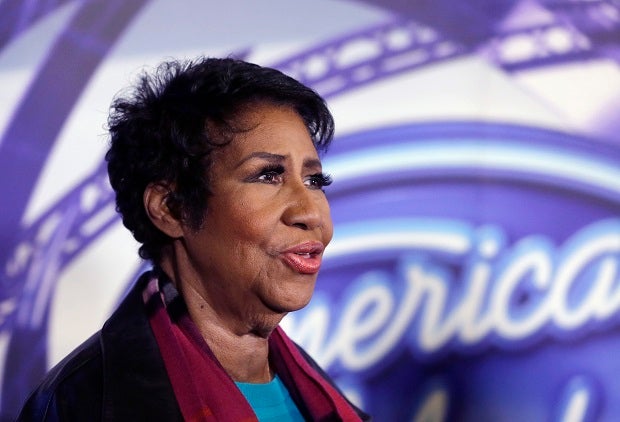 In a March 4, 2015, file photo, singer Aretha Franklin is interviewed after a taping for American Idol XIV at The Fillmore Detroit. A federal judge in Denver on Friday, Sept. 4, 2015, blocked the scheduled screening at the Telluride Film Festival of the film “Amazing Grace,” which features footage from 1972 of a Franklin concert, after the singer objected to its release. AP FILE PHOTO

DENVER — Aretha Franklin earned some R-E-S-P-E-C-T in a federal courtroom on Friday, convincing a judge to prevent the Telluride Film Festival from screening a documentary about a 1972 concert of hers without the Queen of Soul’s written consent.

The 72-year-old singer testified via speakerphone from Detroit and said she’s fought for years to prevent the screening of the movie, titled “Amazing Grace,” about her concert in Los Angeles. She was aghast to discover Wednesday that the festival announced it would show the movie three times, with the first showing only a few hours before she spoke in court.

“For him to show that film, for him to completely and blatantly ignore me would be terrible,” she said of the film’s producer, Alan Elliot, whom she sued in 2011 to prevent a prior showing of the movie. “For him to do that would encourage other people to do the same thing and have no respect for me.”

Attorneys for the film festival complained that Franklin’s move came at the last minute — an agent who represents her had been told the film would appear two to three weeks earlier — and that the screenings at a modest theater in a remote southwestern town wouldn’t harm her. They also contended that a recently unearthed 1968 recording contract Franklin signed gave away rights to the footage of her concerts.

“There’s a real, substantial likelihood that Ms. Franklin does not own the rights to the images in that picture,” attorney Cecil Morris said. “It is not appropriate at the very last instant on a Friday afternoon before a 7:30 showing to seek this remedy.”

Morris added an injunction would damage the reputation of the Telluride festival, which draws aficionados and industry types from across the country. “This is not a showing at Joe’s Film Festival in Oil Trough, Arkansas,” he said.

Judge John L. Kane said Franklin deserved the right to control how her image is used. “She would suffer immediate and irreparable damage by this showing,” Kane said in issuing his order.

The festival could appeal the ruling, but would have to reverse judgment before the last scheduled screening Sunday evening.

The movie was directed by the renowned filmmaker Sydney Pollack, who died in 2008.