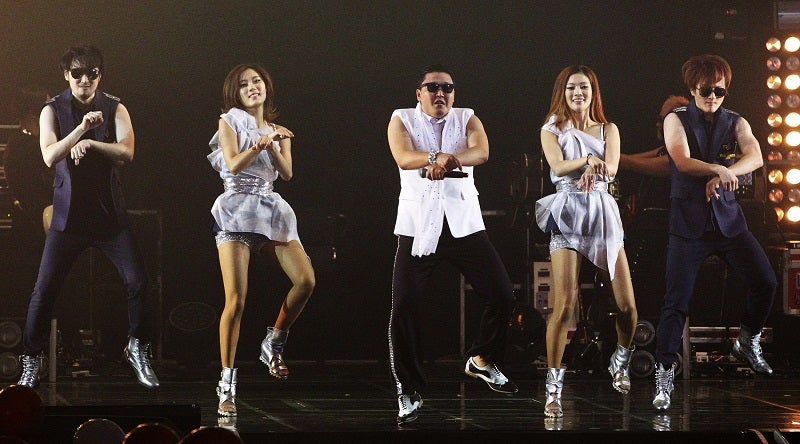 From dramas to pop songs, Korea has captured the world.

From the cultural staples of Korean folk music and historical soap operas, to love-triangle-plagued TV dramas and the heavily choreographed, modern hodgepodge of K-pop, South Korea’s entertainment industry has seen a paradigm shift in its international prominence over the past few decades.

Following a number of game-changing TV dramas and musical acts such as KBS’ Winter Sonata and first generation K-pop idols BoA and H.O.T., overseas interest in the nation’s entertainment content has shot up, leading to the birth of what is now known as hallyu.

However, it wasn’t until 1998 that Japanese restrictions on imports of Korean culture were finally lifted. It was around this time that South Korea began its initial push to export its entertainment content to neighboring countries, most significantly to its former colonial ruler.

Credited as leading the K-pop charge across borders, veteran songstress BoA released her debut Japanese album “Listen to My Heart” in 2000 and became the first Korean pop star to successfully break into the Japanese market. The K-pop starlet also earned her spot in the record books, with her album becoming the Korean first album to sell a million copies in Japan.

This was only the beginning.

In 2002, iconic Korean drama Winter Sonata, starring Bae Yong-joon and Choi Ji-woo, became an instant cult classic in both Korea and Japan, and is considered the Korean show that jump-started the Korean Wave across Asia. Former Japanese Prime Minister Junichiro Koizumi once publicly stated that, thanks to the drama, actor Bae, “is more popular than I am in Japan.”

Since then both Korean dramas and music have shared tremendous fan followings in Japan and other Asian nations, with sights now inevitably set on Europe and the Americas.

Following the advent of first generation idol groups such as H.O.T., Sechs Kies, S.E.S. and Fin.K.L, which helped define the identity of Korean pop music, the mainstream music craze led to the formation of some of today’s most popular and influential boy bands and girl groups.

According to statistics from Google trends, online searches for K-pop began to see a steady increase in 2009, after the release of smash hit singles “Sorry Sorry” from Super Junior and “Gee” by Girls’ Generation. Both singles recorded massive sales overseas and, largely thanks to the growth of digital media and online sharing sites such as YouTube, K-pop began to shape its image.

This shift in international interest has resulted in K-pop groups, including megastars like Big Bang, 2NE1, EXO and TVXQ, embarking on global tours, with some even debuting albums and singles in multiple countries and languages.

However, it was rap star Psy and his cheesy yet shamelessly addictive “Gangnam Style” music video that officially set new heights for K-pop music as an international brand. The unforeseen global mega hit shocked the world by becoming the most watched video in YouTube history, surpassing 2.3 billion views, and put K-pop on the map in the most unprecedented fashion.

With K-pop taking up the vanguard of the Korean Wave, local artists have also been enjoying their sharpest ever increases in income. According to data from the National Tax Service, the average yearly income of singers rose 72.2 per cent in three years between 2010 and 2013, with experts attributing the hike in singers’ earnings to the increased focus on revenue-generating activities overseas by K-pop stars.

Along with the continued influx of non-Koreans debuting as K-pop artists, many local entertainment agencies continue to look for new ways to penetrate foreign markets. That includes Psy’s local agency YG Entertainment, whose CEO Yang Hyun-suk plans to have girl group 2NE1 leader CL make her debut in the U.S. music scene sometime in the near future.

Read Next
Boots and King: Senior sweethearts inspire, one year into ‘forevermore’
EDITORS' PICK
Experience clearer calls nationwide with Smart VoLTE
Tracing app pesters MRT commuters
New Year, New Rediscoveries
Senate probe foils vaccine overpricing
Editorial: Unusual haste
Driving can be even more rewarding this New Year — here’s why
MOST READ
Duterte to firms: No franchise until you settle your accounts with gov’t
7 copassengers of UK variant patient can’t be traced
Norway advises caution in use of Pfizer vaccine for the most frail
#DefendUP trends after DND scraps agreement with UP
Don't miss out on the latest news and information.