Not afraid to ‘die’ | Inquirer Entertainment

Not afraid to ‘die’ 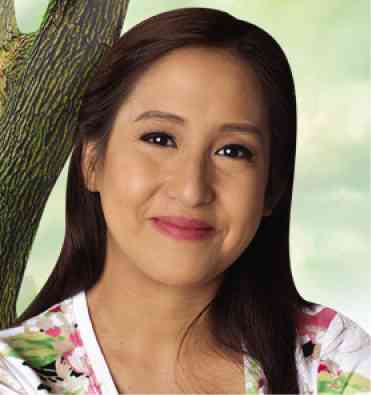 The character’s denouement was unusual because, on local TV and movies, most leads aren’t “allowed” to die—the stars’ fans simply won’t have it.

Well, it looks like the times have really changed—because, this time, the fans have no say on the matter. They’ll just have to take it or lump it, because in real life, and now in the fictive world of TV dramatics, “death happens.”

“Flordeliza’s” rare concession to harsh reality should be encouraged, because it’s a sign that the storytelling trade and its audience are finally growing up.

Also to be commended is Jolina herself, because some or even many other big names in the biz still hesitate or downright refuse to do death scenes! The fact that she’s turned out to be an exception indicates how mature and selfless she has become.

In many other TV drama series, lead characters often fall desperately ill or are severely injured—but, they end up making a “miraculous” recovery, unlike us “ordinary” mortals!

The bigger the star, the more “eternally” impervious to life’s fatal consequences the characters he or she plays are! But, Jolina’s death scene in “Flordeliza” shows that all is not lost, that harsh reality can count for something, after all.

So, we hope that other big stars will be less loath to “die” onscreen, from here on in. Because it’s the realistically right thing to do!

Give new ‘MariMar’ a break

On the TV scene, “MariMar” is regarded as a big deal, due to its initial success as a Mexican telenovela in 1994, followed by the hit local version topbilled by Marian Rivera and Dingdong Dantes. That’s why its latest incarnation this year is causing such a major buzz, with both excited and quizzical permutations.

On the positive side, the hope is that the new production will score as big a hit with viewers with the Marian-Dingdong show, which was even extended. It created its two stars’ love team so effectively that their union went from reel to real—and ended up at the altar!

More cynically, some “advance nay-sayers” feel that the show’s huge success is hard to duplicate, and that new leads, Megan Young and Tom Rodriguez, don’t have the “It,” “X-factor” or “chemistry” required for their tandem to heat up and catch fire on the TV screen.

Hey, guys, give the new show a break, will you? It has yet to actually start its storytelling and already you’re predicting that it’ll be a dud? The least we can do is to give it a chance to prove its worth with one month of telecasting, before raining on its parade!

Also being prematurely dissed are the stellar prospects of Megan and Tom, some of whose past portrayals have been deemed by certain know-it-alls to be deficient on point of thespic focus, insight and passion. Isn’t it at all possible that this major acting assignment will motivate them to turn in their best work ever?

The “kneejerk dissers” certainly don’t think so, but less snide and subjective observers will at least wait and give them a chance to prove their crummy “advance detractors” wrong.

We hope and pray that the new drama series and its stars will do precisely that, so everyone will realize that cynical speculations are not to be given the time of day—and that only the actual finished product counts.