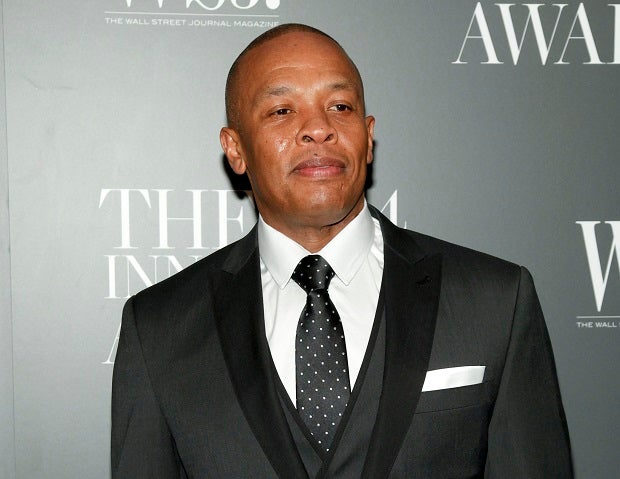 In this Nov. 5, 2014 file photo, Dr. Dre attends the WSJ. Magazine 2014 Innovator Awards at MoMA in New York. Dre has issued a statement to the New York Times apologizing to “the women I’ve hurt” without specifically acknowledging the reason for the apology. The 50-year-old music mogul says in comments published Friday, Aug. 21, 2015, on the New York Times website that he “deeply regret(s) what I did and know that it has forever impacted all of our lives.” AP FILE PHOTO

LOS ANGELES, California  — Dr. Dre has issued a statement to the New York Times apologizing to “the women I’ve hurt” without specifically acknowledging the reason for the apology.

The 50-year-old music mogul says in comments published Friday on the New York Times website that he “deeply regret(s) what I did and know that it has forever impacted all of our lives.”

Dre pleaded no contest to criminal battery charges following allegations he violently attacked journalist Dee Barnes in 1991. Barnes published a story online this week about the assault. Other women, including Dre’s former girlfriend Michel’le, have also claimed he was violent toward them.

Attention on the decades-old charges resurfaced after last week’s release of the hit biopic “Straight Outta Compton,” which omits mention of the Barnes incident or any allegations of violence against Dre. The film, which tells the origin story of the rap group NWA, topped the box office during its opening week and is expected to be No. 1 again this weekend.

Asked why the film doesn’t include the Barnes incident, director F. Gary Gray said, “You can make five NWA movies with all the information that is out there… We couldn’t get everything in.”

Dre said in his statement that 25 years ago, he was “a young man drinking too much and in over my head with no real structure in my life. However, none of this is an excuse for what I did. I’ve been married for 19 years and every day I’m working to be a better man for my family, seeking guidance along the way. I’m doing everything I can so I never resemble that man again.”

Apple — which became associated with Dre last year when it bought the music company he helped establish, Beats, for $3 billion — issued a companion statement Friday.

“Dre has apologized for the mistakes he’s made in the past and he’s said that he’s not the same person that he was 25 years ago,” the company statement said. “We believe his sincerity and after working with him for a year and a half, we have every reason to believe that he has changed.”

Representatives for Dre did not respond to requests for comment Friday.