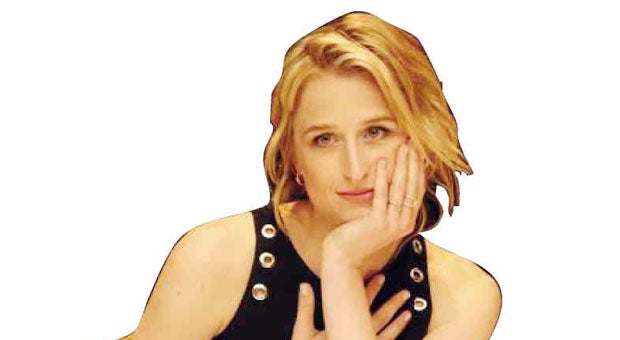 Being asked about your mom for the nth time will exasperate anyone, but Mamie Gummer graciously answers all questions about being the daughter of the world’s preeminent actress, Meryl Streep. Whether she is annoyed or not, Mamie does not show it as she politely replies to queries about The Great One.

In director Jonathan Demme’s “Ricki and the Flash,” Meryl and Mamie play mother and daughter. Not only does Mamie get to act with her mom in the film written by Diablo Cody; she gets to sing with her, too.

Mamie has a meaty part as Julie, who is undergoing a difficult time after her marriage’s collapse. Ricki (Meryl), a cover band frontwoman who abandoned the family to pursue her dreams in Los Angeles, returns home to try to reconnect with Julie and her other children.

Kevin Kline, Rick Springfield and Audra McDonald also star in the film. Here are excerpts from our interview with Mamie, fetching in a sleeveless black dress, at the Ritz Carlton Central Park.

Was there a lot of singing in your household?

Yeah, my mom likes to sing. She sings all the time—in the car, kitchen, stairwell. It used to be irritating. She has often said she does it for the movies and we are not allowed to stop her because she has to do it for work.

But I love singing, too, and I think I am actually good at it. I can only say that because it can never be verified. I can’t do it in front of other people. If you want to just take my word for it, I’m really good.

What was it like playing a character who has an antagonistic attitude toward your mom?

It was disorienting and challenging. The hardest thing was not to allow it to feel punishing. But we got over that pretty quickly when I realized that she was a professional and did this for a living. She knows how to discern what is real and what is not.

And the second that “Cut!” was called, you could tell that she wasn’t holding on to anything. We just broke out of it. That was a great relief to know that I wasn’t wounding her in any way.

Can you talk about that pivotal dinner scene in a restaurant?

It was fun and exciting for us because Kevin, mom, and I had been housebound. So it was nice to open up and get to play with other people. That scene is so important. You get a sense of what that family unit is like and it’s very informative to the story as a whole.

We didn’t rehearse a whole lot, and Jonathan just cast it really well. I knew Sebastian (Stan) and Nick (Westrate) a bit, from New York theater; [they play my siblings]. I have known Kevin forever. We just fell into a dysfunctional family quite easily.

At family dinners, are you the most candid?

Yeah, maybe, I am kind of the rabble-rouser. In that scene, Julie is testing—when reality as you know it and life as you know it fall apart, you start to poke and prod at all the other things to see what you can trust and what is real. You hold people to account because the last thing that you want is to be lied to again about anything. So you just demand a level of honesty that is not necessarily pleasant. 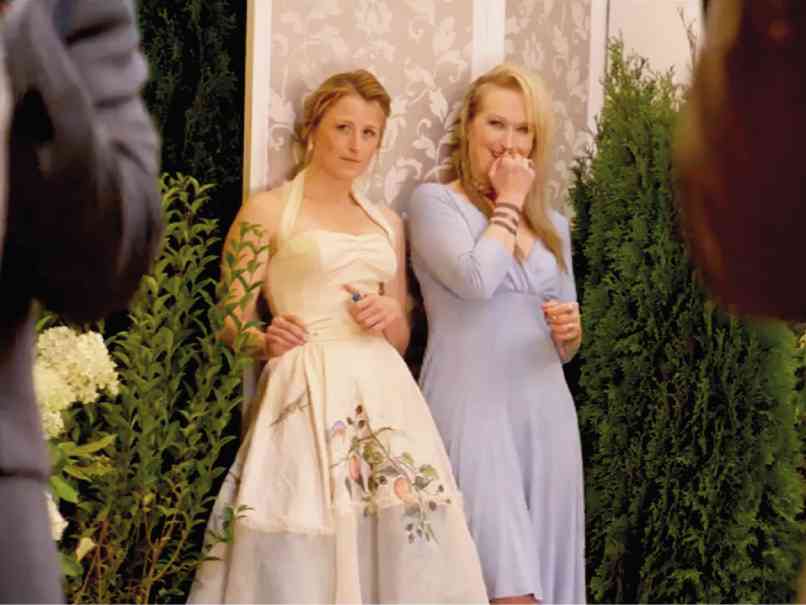 “SHE KNOWS how to discern what is real and what is not,” says Mamie (left) of mom Meryl Streep.

How about the scene in the end where everybody dances?

That was odd because that was the first stuff we filmed —the wedding and reception. It was a nice, easy, healthy way to start the movie.

What are the pluses and minuses of being the daughter of the world’s premier actress?

The advantages are that I have a wonderful mother and a great source of wisdom and advice. Also, a great model in terms of balancing life and career. I don’t run the risk of going too deep in. She has taught me the most about balance and keeping what really matters, sacred and important.

And the disadvantages? They are quite obvious. It’s the pressure … of following in her footsteps, which is not possible. That’s not really a goal of mine to have the career that she has. I don’t think that that’s possible. I just want to keep working.

(To be concluded tomorrow)