Killer deal: ‘The Silence of the Lambs’ house up for sale 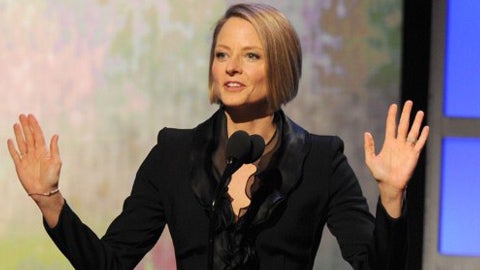 Jodie Foster played the protagonist Clarice Starling, a neophyte FBI agent in “The Silence of the Lambs.” INQUIRER file photo

PERRYOPOLIS, Pennsylvania— A Pennsylvania couple is looking for someone new to live in a home movie fans associate with grisly death.

Scott and Barbara Lloyd are looking to sell the three-story Victorian that was used as the home of psychotic killer Buffalo Bill in the 1991 film “The Silence of the Lambs.”

Scott Lloyd tells the Pittsburgh Tribune-Review (http://bit.ly/1JhRQGl ) that crews spent three days shooting at the home in Perryopolis. The basement dungeon where the killer kept one would-be victim, however, doesn’t exist.

Those scenes were shot on a sound stage.

Still, Realtor Dianne Wilk is hopeful someone will pay $300,000 for the home which the Lloyds bought in 1976.

Wilk says, “People love to be scared. I could see somebody doing something fun with this.” TVJ

Read Next
Will Korean dramas break away from ‘live-shoot’ system?
EDITORS' PICK
WHO: Indoor airborne spread of coronavirus possible
Water remains our saving grace right now
Motostrada expands by handing over ‘Trident’ and adding new ‘Horseman’ to its growing business
No arrests to be made on 1st day of allowed pillion riding for couples — HPG
House panel set to meet for possible decision on ABS-CBN franchise bid
Digital hunt for Hyun Bin: 5 challenges for Smartees
MOST READ
‘I will always speak up for you’: Server on defending Fil-Am family from racist rant
‘Nouveau’: Agot Isidro hits Jinkee Pacquaio’s show of luxury Hermes, Louis Vuitton bikes
Alfred Vargas inhibits from voting on ABS-CBN franchise renewal
Solon withdraws support for ABS-CBN franchise renewal
Don't miss out on the latest news and information.