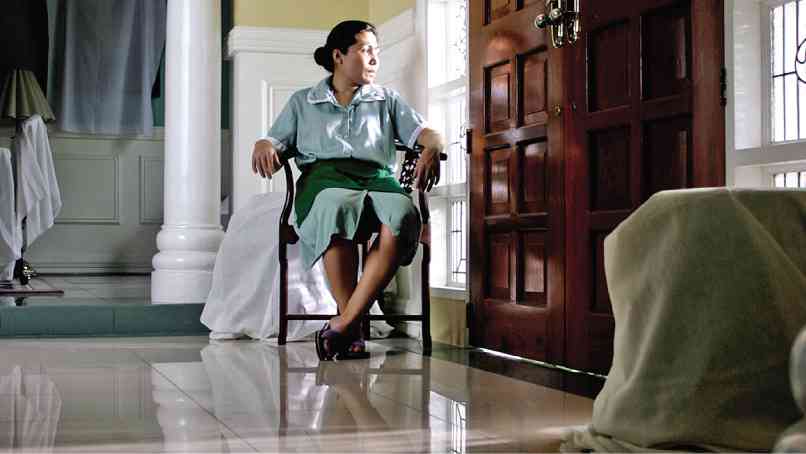 SCENE from Joel Ruiz’s “Mansyon,” one of the short films featured in Cinemalaya Campus

The aim of this year’s two-day “Cinemalaya Campus” forum was to “shed light on the art of reading films,” according to its codirector Clodualdo “Doy” del Mundo Jr.

Also a professor and award-winning filmmaker, Del Mundo reported that during the event, participants were made to “watch short films, listen to the views of peer reviewers and were exposed to examples of scholarly critiques from guest speakers.”

The forum was held from Aug. 11 to 12 at the Little Theater of the Cultural Center of the Philippines (CCP) in Pasay City. It coincided with the annual Cinemalaya Philippine Independent Film Festival, which concludes tomorrow.

“In past congresses, the discussion was focused on issues confronting independent filmmakers and filmmaking. The topics were mostly technical matters—from the nitty-gritty of production to the complicated realities of distribution. This time, we shift the focus on the films themselves… on film as text, as subject of scrutiny,” said Del Mundo, who was also the keynote presenter on the first day.

He added: “We go beyond liking or disliking a film. We verbalize our reaction to a film and see where our initial reaction leads us. Hopefully, our exploration leads us to the real text that matters.”

The Gawad CCP Para sa Alternatibong Pelikula at Video, considered the longest-running independent short film competition of its kind in the Asean region, likewise held its awards ceremony at the CCP Dream Theater on Aug. 11.

The 27th CCP Independent Film & Video Festival was held on Aug. 8, 9 and 11 at the CCP Tanghalang Manuel Conde.

“Short filmmaking is a training ground for full-length movies, which are short-film moments that are pieced together,” Millado said.