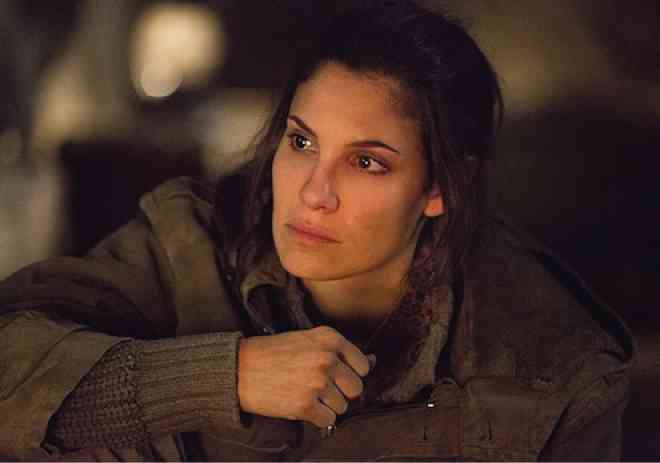 “I would love to do movies someday but if I have to do TV for the rest of my life, I’m fine with that,” Portuguese-American “NCIS: Los Angeles” actress Daniela Ruah told the Inquirer in a phone chat with Asian entertainment writers.

“Especially now that I have a child, I love the stability that TV has given me,” added Ruah, 31, who continues to play Special Agent Kensi Blye in the show’s sixth season.

Describing her character as “kind of a tomboy,” the actress said that she still connects with Kensi’s openness and confidence around male colleagues.

How would you describe your character’s growth?

She’s probably grown as much as I have. Age makes a huge difference. I started the show when I was around 24. I think Kensi is more or less the same age as me. So now we are in our 30s and there’s an obvious growth and maturity with that. But then… she’s always been very impulsive, and over time, she’s calmed down a bit. Although experiences in Season 5 have done something to her, she’s dealing with some psychological and emotional issues. And of course, the relationship with (detective) Marty Deeks (Eric Christian Olsen) has also matured.

What makes this NCIS spinoff unique?

We are representing a real profession. These special agents from NCIS exist. What makes the show special is the entire team’s chemistry. You only see the chemistry of the characters. But I can tell you that there is, with those in front of, and behind the cameras. It’s a wonderful environment. We have fun going to work…And I think that translates on screen.

What kind of fans does it have?

In the United States, there is a large military following. They identify with what’s going on. It varies around the world; but we have faithful fans, otherwise, we wouldn’t be running this long. I’m so appreciative of them.

How did acting in Portuguese soaps prepare you for US TV?

There is nothing harder than soap operas, because you have to do so many scenes a day! I’m not sure how soaps [are made] in the US but in Portugal, in one day, you’re doing scenes from five different episodes. You don’t do one episode from beginning to end. You’re all over the place. So in terms of the plot… you’re going back and forth. There’s control, [or] focus that comes with that. Here, if we do nine or 10 pages, that’s considered a long day. In soap operas, we can do 35, 40 pages in a day.

How different is the American entertainment industry now compared to when you started?

I started six years ago, in the beginning of this show. But even in those six short years, I feel there’s been a huge shift. There are more television shows being produced at unbelievably high standards. It’s very competitive nowadays. The writing of some of these shows is unbelievable! Netflix and Amazon, [they now have] their own productions. So now, you have a whole other side—it’s not even television, but a serial show being produced. And then, if you noticed, you have all these movie actors jumping into series. The quality is just exceptional!