Gabriel Garcia Marquez’s son on the art of storytelling 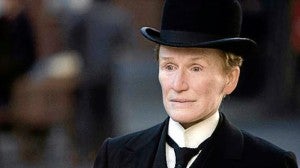 IN “ALBERT Nobbs,” which Rodrigo Garcia co-wrote and directed, Glenn Close plays the eponymous heroine who passes herself off as a man in order to work and survive in 19th century Ireland.

LOS ANGELES – When your grandparents’ courtship story inspired “Love in the Time of Cholera,” and your own father, who wrote that acclaimed novel, had friends like Luis Bunuel and Pablo Neruda over for dinner at home, it wouldn’t be surprising if you ended up a storyteller yourself.

That is the case with Rodrigo Garcia, the older son of Nobel laureate Gabriel Garcia Marquez. Rodrigo, who was born in Colombia and grew up in Mexico, is a TV and film writer and director. His television credits include “The Sopranos,” “Six Feet Under,” “Big Love” and “In Treatment.” Among his feature film credits are “Things You Can Tell Just By Looking at Her,” “Nine Lives” and “Mother and Child,” which reaped awards in various film festivals.

Rodrigo is winning acclaim anew with “Albert Nobbs,” which he directed and cowrote with Glenn Close, who plays the eponymous heroine, Man Booker prize winner John Banville and Gabriella Prekop.

Adapted from a short story by George Moore, “Albert Nobbs” has Glenn in top form as a woman passing herself off as a man in order to work and survive in 19th century Ireland.

One rainy morning in LA, Rodrigo sat down for an interview. “He’s well, physically,” he answered when we asked about his revered novelist dad who lives in Mexico. “He has some memory loss so he has definitely slowed down. Less work and travel but he’s fine.” 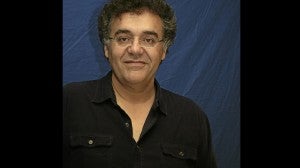 Rodrigo said he grew up “in a world that was very privileged, not necessarily money-wise.”

One of two sons of “Gabo” – Gabriel’s popular nickname – and Mercedes Barcha, Rodrigo recalled that, as kids, they had a very regular middle class life in Mexico City. “It was privileged in the sense that my parents were friends with many of the great artists of the time. This was before the time artists were on the covers of magazines or were doing commercials. I knew Carlos Fuentes and Julio Cortazar, Pablo Neruda and Luis Bunuel. These were middle class men who worked away at their thing.”

Rodrigo added that “the conversation around the table was good, but it was never high-brow. My father has a big distrust of intellectual thought and analysis. He likes storytelling, great storytellers and fun human stories. Obviously, that’s the world that my brother and I grew up in.”

Gabriel’s early work as a film critic and journalist must have rubbed off on Rodrigo. “He wrote some reviews, but mostly he wrote about movies,” Rodrigo said of his dad who has become synonymous with magical realism in literature. “He also worked as a screenwriter. So, again, I grew up with him at home working with other guys writing screenplays. There were also a couple of women but mostly, that image of my dad sitting in the living room hashing out a story with some Brazilian director or with Carlos Fuentes looked like fun, I have to say.”

Rodrigo leaned toward the visual side of storytelling early on. “I did a lot of still photography,” recounted the Harvard alumnus who went on to enroll at the American Film Institute Conservatory. “I was very interested in black and white photography, lab work and everything. After college, I started thinking about becoming a cameraman. This was before the explosion of film schools everywhere. I worked my way up – camera loader, intern, second assistant, first assistant, focus puller, operator, all that… Eventually, I did mostly commercials.”

Wanting to make more movies, he decided to move to Los Angeles. One of his biggest breaks as a director of photography was HBO’s “Gia,” which, coincidentally, was also Angelina Jolie’s breakout film. Angelina won a Golden Globe Best Actress Award for the TV movie.

“When I did ‘Gia,’ I’ve already been working for about a few years,” Rodrigo said. “But it was one of the first high profile movies that I photographed. At one point, I started getting a little bit more interested in the characters and the scenes, what the director was doing with the actors.” He joked about eventually switching to directing: “That’s what got me into trouble.”

Glenn, whom we interviewed after our chat with Rodrigo, theorized why the director excels in creating absorbing female characters: “Rodrigo has a wonderful mother and had a wonderful grandmother. I think he has a very strong wife (Dawn Hudson, executive director of Independent Filmmaker Project/West) and he has two daughters. He’s surrounded by women. He probably would say he has no choice. I’ve been in his first two movies. He writes fantastic roles for women. He’s a man who understands the feminine side of life and revels in what all that means.”

When he was told that actresses he has directed often talk about his great insight and sensibility toward women, Rodrigo cracked with a smile: “I hear my wife laughing right now.”

But he admitted to having “What feels to me like a very strong imagination. I don’t know what it’s like to be a woman, but when I imagine the women characters that I write about, I feel them very strongly in my head. I’m glad that so many women respond to them. If they didn’t, I would have given it up a long time ago. One of the things that feeds me to keep writing women is that a lot of women connect with them. But it’s always a bit of a prayer. I am not saying, ‘Oh, I’m going to nail this one. This is what this woman is like.’ I have to go with my instinct and, like I said before, I just assume she has to be a little bit like me. She must. She wants things.”

He said that one of the best things he has read on this topic was when Gustave Flaubert was asked who was Madame Bovary. Rodrigo said, “Flaubert said, ‘Madame Bovary is me.’ We make movies about other men. We make movies about people in other periods, people in outer space or who’ve gone to space, fired a gun, been on a horse. Imagination – you have to have that as storytellers. Plus empathy to feel that everyone else is me and that I am everyone else. There’s a particular set of circumstances around Nobbs. She had to hide to survive but everyone hides an aspect of themselves in order to fit in and survive.”

On Glenn, he said: “I like working with her as an actress because she’s very practical. There’s no drama. It’s just work for her. She approaches it instinctively and also through thought. She can discuss things very intellectually but she also uses her gut feeling.

“When you see Glenn work, she makes it look very easy,” he added. “She’s very tenacious and hardworking. Just sticking with this project through so many years and into a period where studios no longer make movies like this, she was still hanging in there.”

Rodrigo said that Glenn “is great fun as a person. She’s very curious about people’s lives. Anyone who spends time with her would tell you that she loves to ‘interrogate’ people. We were in the recent San Sebastian Film Festival. She couldn’t get enough of everyone’s lives – what everyone did. She loves people who achieve things. She’s a real people person. We’ve become friends.”

Rodrigo is credited for giving the big break to Mia Wasikowska in his TV series, “In Treatment.” “Mia was always very good,” he said. “When she came into ‘In Treatment,’ she was a natural talent who worked very hard. I saw how thoroughly she prepared for the episodes of ‘In Treatment.’ Between shooting the series and ‘Nobbs,’ I saw her in ‘Jane Eyre.’ I thought that was a big leap already. It was a very difficult role to play. She was beautiful in it. When we started working on ‘Nobbs,’ seeing how she approached the work on the set and the stuff she did, I saw that she had become a real actress.”

Asked to describe what Angelina was like during the “Gia” shoot, Rodrigo replied, “Even back then, Angelina was extremely focused and hardworking. ‘Gia’ was shot in like 32 days. Gia’s life was a roller coaster. There were days when, in the morning, Angelina was playing Gia at 17; before lunch, she was a drug addict on a street; after lunch, she was at the height of her fame on a runaway. In the afternoon, she was playing the dying Gia, sick with AIDS. She was practically in every scene in the movie. She was a complete workhorse, very ambitious in the best sense. She really wanted to do it well. She worked like it was the last movie she would ever make.”