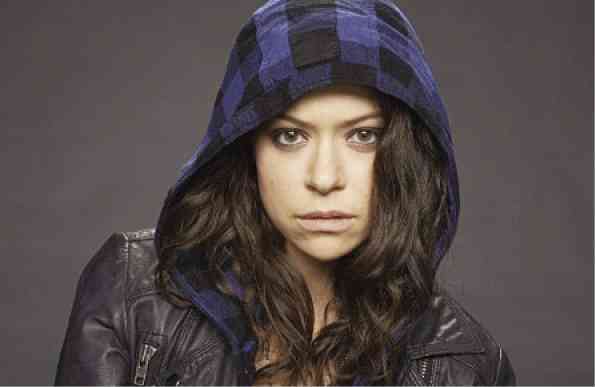 During her filming break from “Orphan Black,” the 29-year-old Canadian finds time to do films—she just shot “Two Lovers and a Bear” and is filming “The Other Half.” Here are excerpts from our chat:

Any new characters in the next season?

This past season, we introduced a few. In the next season, I don’t know entirely what’s going to happen which is always what’s exciting about “Orphan Black.” I don’t even know where it’s heading. I really enjoy that about the show.

Last season, I got to introduce a new character, Crystal, a manicurist. She would appear to be quite an airhead and not as smart and grounded as the rest. But what was so great about her is that we really got to pick apart what a person is like who has that façade but underneath, she is probably a lot deeper and more complex than anybody. It is always fun to break apart the stereotypes that we often see [of] women on television.

What are some of the techniques that you have learned as you develop the character?

It’s different for each character. For Crystal, it was taking on an archetype. I’d seen this girl before from the outside. I definitely judged her. It was about taking external elements, the artifice like the hair, makeup and everything and then digging into who she is…which is an unintellectual sort of thing.

Just an exploration, but I have come at certain characters with more of a methodical or intellectual approach if they’re more into science, for example. Cosima is an evolutionary biologist, so for her, I read a lot more about science because her brain operates that way.

You’re so busy. If you can, what would you allow your clones to do for you?

Just to have two months of nothing. I will make the clones do all the legwork. I would just go into a little cave, sleep and eat. That’s my big dream—just sleeping and eating.

How has the show affected you personally? And what have you learned from playing so many people at the same time?

I always felt very strongly about Sarah, the lead woman who we follow through her storyline just because of her bravery and her unapologetic sense of who she is. She doesn’t apologize for her flaws or the fact that she’s not the greatest mother.

She has to fight to be there so I’ve learned a lot about acceptance from her, which sounds cheesy but it’s true.

I’ve learned something from each character. Interesting things like facing Crystal, whom I judge from the outside. But to get to play her, stand in her shoes and have people talk to me differently because I’m dressed a certain way or because my hair is blonde…it’s really interesting how those aesthetic things can determine the way that you’re treated.

Do you get more offers now? Do people notice you more?

Oh, yeah. It has opened doors for me in a huge way. It’s a great vehicle for any actor. I’ve gotten to meet a lot of great directors and collaborate with great actors.

I just did a film called “Two Lovers and a Bear” with Kim Nguyen, who’s this incredible director from Montreal. It’s just me and Dane DeHaan—a two-hander love story. I would never have had that opportunity before “Orphan Black.”

If you could meet one of your characters in real life, which one would you like to be friends with?

Probably Cosima. She is fascinating in terms of the way her brain works, how smart and self-deprecating she is. I think she would be the lightest. The rest are quite burdened; Cosima might be the most fun.

Have you ever actually tried going out as one of your characters?

Yeah. On the first season, I remember taking cabs and trying to do the English accent. None of the taxi drivers understood me. It was like, I need to do more work on this.

What do your parents do?

My mom’s a translator. She works in French and English. My dad is a woodworker. He does cabinet-making, mouldings and stuff like that.

Have you been in a zombie TV show or movie?

I was in a zombie movie once. I was in a George Romero movie. I got killed really fast. I shot myself in the face. It wasn’t good (laughs).