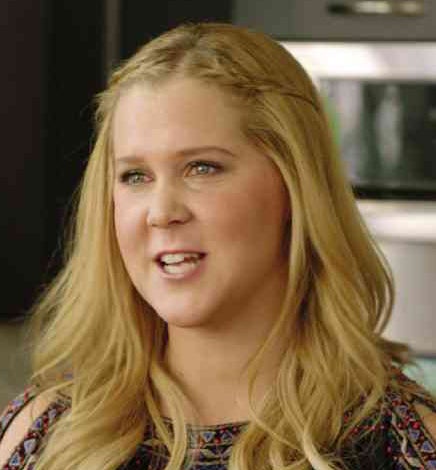 Many established entertainment luminaries are making a lot of news this season, but in our view, 2015 will end up being recalled as new comedienne Amy Schumer’s time to shine!

We first clued in on Schumer’s special, stellar talent when we caught her being interviewed by Ellen Degeneres weeks ago. Most of the time, Degeneres, who’s seen and heard it all, just smiles encouragingly as new comedians get their break on her show.

When Schumer guested, however, the TV host couldn’t keep herself from giggling and guffawing throughout the long interview!

Schumer came up with one big laugh line after another because she was “game” enough to make fun of herself, and her lack of, ah, pulchritude or sex appeal—which made her a grim and glum loser in the dating game that all singles have to play in order to find The One.

Mind you, Schumer isn’t without her positive physical attributes, but they tend to elicit trust, not lust (!)—so, when it comes to love and sex, she’s left holding the bag (or so she says).

Instead of crying over her sad fate, however, Schumer has wittily turned it to her stellar advantage, resulting in many TV guesting stints that have won many new fans for her! Even better, she’s starring in a new comedy, “Trainwreck,” that has just opened to a better-than-expected gross of $30 million—a feat that spells “hit” on the film scene.

—The “loser at life” is a big winner in show business—and, she’s only just begun!

On the local scene, the fave new stars include Daniel Padilla and James Reid, who are often paired with Kathryn Bernardo and Nadine Lustre, respectively. It’s “so far, so good” for their love teams, but their very success has resulted in the recent appearance of some cracks in their professional and/or personal relationships, as the case may be.

The portents of trouble include “well-meaning” suggestions that both young leading men don’t limit themselves to their “official” love teams, but should “play the field” and costar with other leading ladies, to keep their careers from becoming predictable and thus boring.

Logically, the suggestion makes a lot of show biz sense —but, Kathryn and Nadine’s handlers should make sure that, after the casting rigodon comes to a stop, they won’t be left behind—in the lurch!

On the theater scene, new talents are also attracting a lot of attention. This season, one of the standouts is Ellrica Laguardia, who plays the female lead in Gantimpala’s current staging of “Florante at Laura.”

We’ve written about her in the past, because her unique combination of beauty, singing and acting talent, and versatility deserves to be encouraged. It’s great to see that Ellrica is getting the right breaks, and we hope her star continues to  shine and rise in theater—and in other performing fields—for seasons to come.