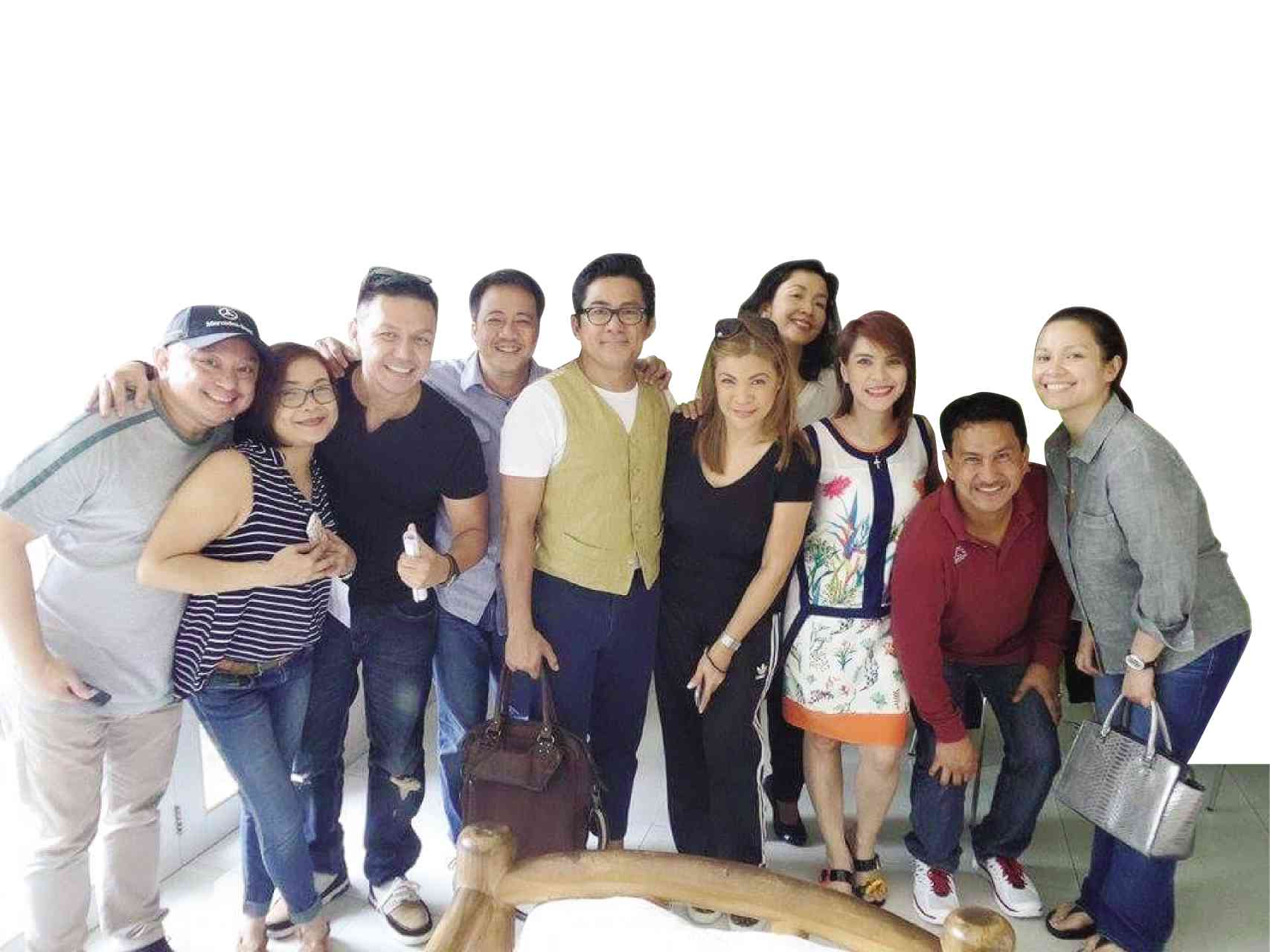 I don’t think I’ve ever been to a more celebratory send-off than this one for revered theater actor and “Miss Saigon” alum Junix Inocian. Many friends and colleagues gathered at the Union Church of Manila in Makati to bid our Engineer/Tevye/Old Deuteronomy/Lazar Wolf/and many more beloved characters, as well as the man behind them, goodbye.

However, as theater people are wont to do, every single production number was rehearsed prior to the actual performance on July 13.

For the actors from various productions of “Miss Saigon,” rehearsal was on July 11 at the home of Audie Gemora (thanks again for letting us invade your home).

Robbie Guevara, Raul Montesa, Trisha Canilao, Robert Seña, Isay Alvarez, Naths Everett, Bicong del Rosario, Roden Araneta, Jun Ofrasio, Pinky Amador, Jamie Rivera and yours truly were there. Not everyone could make this rehearsal due to prior engagements, so we would then farm out recordings of the session to whoever needed material.

Isay had set up a private group on Facebook to help gather as many “Saigon” alums as possible. It was through this group that lyrics, music, schedules and wardrobe were discussed. This would also be how we figured who’d be able to make the date, and if there would be any last-minute cancellations. Thankfully, almost everyone was able to attend.

At the memorial, we had additional performers: Christine Sambeli-Marquez, Jenine Desiderio, Cocoy Laurel, Menchu Lauchengco-Yulo, Michael Williams, Jojo Urquico and Miriam Valmores-Marasigan. “Miss Saigon” was well-represented, indeed. Junix most definitely touched every one of us, whether we worked with him in Manila or in London.

There were stories of rock music played in catacombs, patintero in the halls of the Meralco Theater, hand-carried audition cassettes, brotherhood in a land far away, sinigang tasting good with chili leaves, laughter in three languages, and finding one’s spiritual way.

The event was hosted by Junix’s son Jamie who, thanks to the speakers and the music, was able to fight back tears. Words of comfort were also delivered by Union Church pastor Charlie Pridmore.

The musical numbers were a wonderful representation of not just the shows, but of the human being that was a huge part of them. Repertory Philippines performed a medley from “Fiddler on the Roof”; the very first Rep musical Junix was ever cast in (he played Lazar Wolf in that debut, and played Tevye many years later). The “Saigon” people sang “This is the Hour,” at the request of the Inocian family.

Trumpets presented songs from “The Lion, the Witch and the Wardrobe,” in tribute to Junix’s portrayal of Aslan. Icko Gonzales sang “He Could Always Make Me Laugh,” which describes Junix to a tee.

Junix’s friends, all together, sang “Colors of My Life,” which was his favorite song. And finally, because Junix was reportedly listening to a lot of VST & Company, according to his oldest son JC, the “Saigon” alums performed a medley of VST hits, getting
everyone in the church up on their feet to clap and sing along.

It was a life and a career well-lived, well-loved, and a month after Junix’s passing, well-celebrated. It says a lot when friends come from everywhere not only to pay their  respects, but to get up on stage whooping and hollering, laughing and singing at the top of their lungs, sharing testimony on how wonderful this man was. He most certainly wasn’t perfect as attested to by many speakers, but he was loved. On stage and off, he was loved.

And with that, we are good nighting you, Junix. This is not goodbye, but see you someday. In the meanwhile, a hearty yudikutkut as you spend eternity in the “heaviside layer.”