CHAIN letters have been around long before the age of e-mail. These days, there are even chain SMS messages. It may be wrong to believe in such missives, but this phenomenon is nonetheless a reality in modern times.

It delves into the mysterious and tragic deaths of several people who have received a cursed e-mail. Watch it and watch out!

Here’s my tête-à-tête with Nadine:

What makes your love team with James Reid different from other tandems?

We’re just being ourselves. As for other tandems, each one of us is unique and different naman.

What’s the craziest thing that you’ve done with James?

It’s not really crazy, but I could say that it was one of my best experiences with James: Driving through the Golden Gate Bridge in a top-down car.

What stage is your friendship with James in?

How do you feel when people say that you look like Kathryn Bernardo? Is it an advantage or a disadvantage? 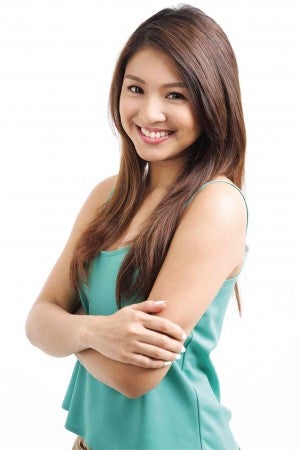 NADINE Lustre prefers not to plan her future and leans toward spontaneity.

It’s an advantage and a disadvantage at the same time. I’m used to it so it doesn’t bother me as much as before.

What do you find hard to understand about boys?

What turns you off?

If you could be a guy for a month, who would you want to be and why?

Do you believe in chain letters?

We all get chain mail. Thing is, it’s not always real.

What’s the worst rumor about you? How did you handle it?

That I had my nose done. That I had my face enhanced. It wasn’t really the worst, but that was silly. People use those rumors against me all the time.

Where do you see yourself 10 years from now?

As much as possible, I don’t want to plan my future. I want everything to be spontaneous.

What’s the best part of being Nadine?

Everything. I love being me. All the experiences, all the memories, all the people in my life, even all the hardships, all obstacles that I’ve gone through.

I don’t regret anything because it made me who I am today. It made me a better person. I love the life that I have. 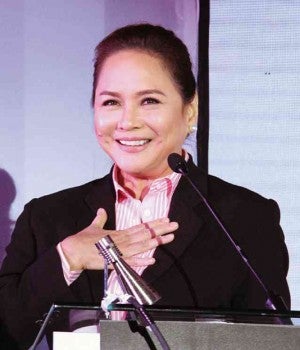 What is ABS-CBN’s secret formula behind its successful TV programs, which have recently posted high ratings, boosting the network’s overall audience share?

“It’s not about us anymore. It’s about the inspiring nature of the Filipino,” said Concio during her speech at the Fifty Shades of Marketing conference held at Sofitel Philippine Plaza Manila recently.

“Be Careful With My Heart” and “Forevermore,” she said, were loved by viewers because these shows highlighted Filipino values and mirrored true stories. She said that one of the things that Filipinos treasure the most is the integrity of the family, which inspires them to persevere through hard times.

To the Filipino, family is everything. “All successes and failures are always appreciated in the context of family,” she elaborated.

Concio pointed out that “Forevermore” showcased the value of community in the fictional La Presa.

“‘Forevermore’ acknowledged the goodness of the Filipino,” she said. Affirming the Filipino identity also makes ABS-CBN’s content “a source of inspiration and strength to recharge” one’s fighting spirit.

Read Next
Tuldok, July 22, 2015
EDITORS' PICK
Siomai King Express debuts with mouth-watering seasonal products
Tugade ‘personally’ disagrees with LTO’s bid for e-scooter registration
No exodus of POGOs: Palace says only over 20 left PH
What’s happening to the ICT Industry and its role in helping businesses today
Comelec exploring possibility of holding 2022 elections for 2-3 days
Water remains our saving grace right now
MOST READ
ABS-CBN chairman Gabby Lopez resigns from network, other Lopez-owned firms
US Congress bill seeks to halt assistance to PH police, military
‘That’s treason:’ Locsin curses as he bucks putting off 2022 polls amid COVID-19
‘No need for masks’ if you love God and have faith, ex-Lipa bishop says amid COVID-19
Don't miss out on the latest news and information.