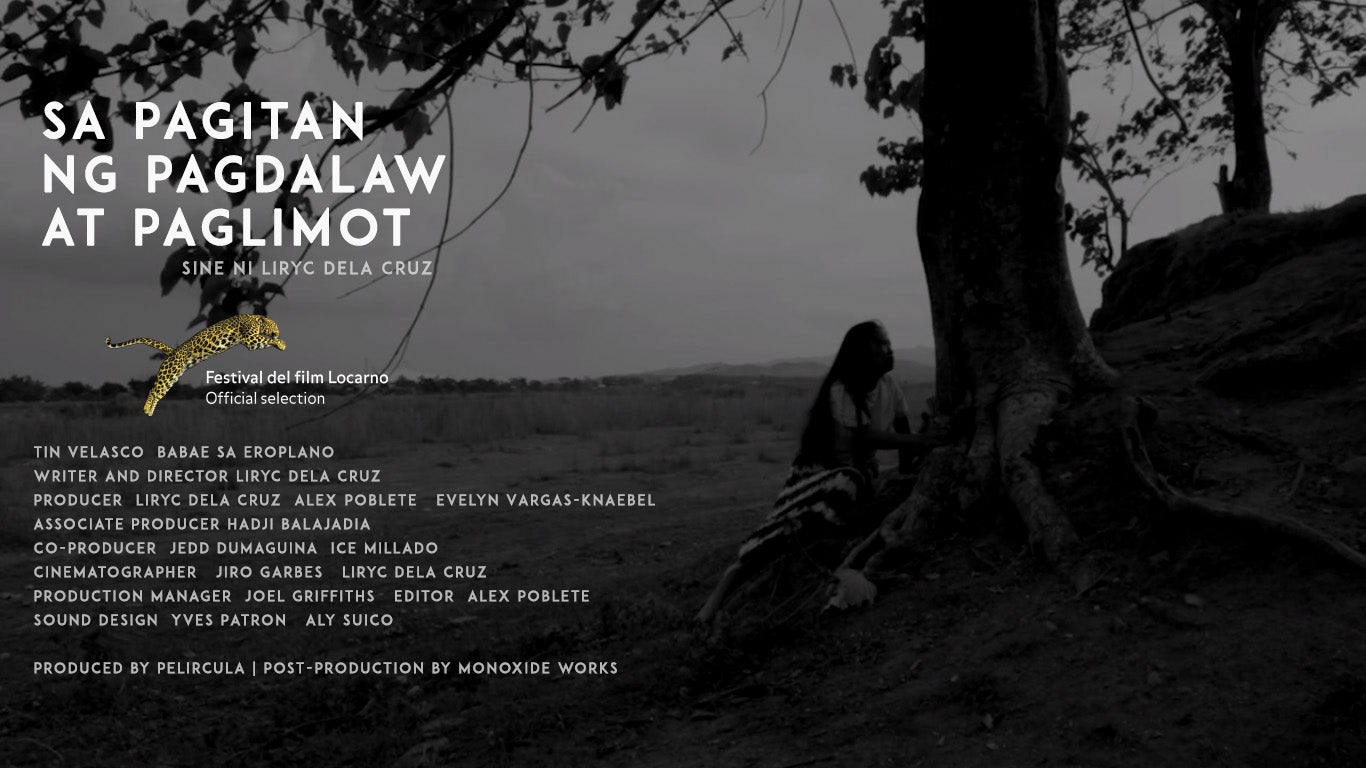 Two Filipino films are included in the official line-up of the Pardi di Domani section of the prestigious Locarno Film Festival in Switzerland this year.

One of the films, “Sa Pagitan ng Pagdalaw at Paglimot,” directed by Mindanaoan filmmaker Liryc Dela Cruz, revolves around a strange dream, melancholia, and letting go of memories.

The 23-year-old Dela Cruz was a former collaborator of internationally acclaimed director of slow cinema Lav Diaz. He is currently a third year student of mass communication at Ateneo de Davao University.

The other film, “Junilyn Has “, directed by Carlo Francisco Manatad, tells the story of a nightclub dancer who had to temporarily take a rest from her job during the visit of Pope Francis.

Manatad said he was pleasantly surprised when he learned that his film was chosen. “I submitted it last-minute [with] no expectations at all.”

Manatad, of Tacloban City, had been working as a film editor for several years before he turned to film directing. He is a graduate of the UP Film Institute in Diliman, Quezon City.

Both “Sa Pagitan ng Pagdalaw at Paglimot” and “Junilyn Has” feature “non-professional” actors.

The Pardi di Domani (Leopards of Tomorrow) is regarded as a section of discovery that showcases future talents of world cinema.

Now in its 68th year, the Locarno Film Festival is one of the major film festivals in the world in the league of Cannes, Venice and Berlin. It will run on Aug. 5-15.