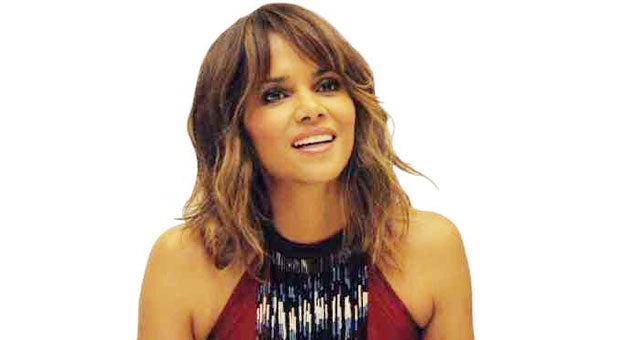 HALLE Berry adores the “complicated” character she plays, an astronaut who gets pregnant during a space mission. photo by Ruben V. Nepales

LOS ANGELES—Halle Berry talked effusively about her “new guy.” Looking even more gorgeous on this recent morning at the Bayfront Hilton in San Diego where she was taking part in the Comic-Con madness, Halle was referring to Jeffrey Dean Morgan, her new costar in the TV series, “Extant.”

“He is the new guy in my life on the show,” the Oscar- and Golden Globe-winning actress said about Jeffrey who joins the show’s Season Two.

Halle’s astronaut character, Molly Woods, who finds that she got inexplicably pregnant during a space mission, is back on earth. She hunts for this son who has become a seemingly shadowy menace. Molly also has another son, a robotic creation named Ethan who was commandeered by the government for military purposes. Jeffrey’s JD Richter, a mercenary and bounty hunter, comes into Molly’s life.

“He is a wonderful partner to work with,” Halle gushed about Jeffrey. “He came along this year and our show just got on fire. I have such chemistry with him. We find the same things funny. We get mad about the same things. We are kindred spirits. That makes our days go by faster. Our work is better.”

Halle shared with a smile, “And he’s just wildly handsome. I was watching the show last night. I kept thinking he is so damn handsome. It’s not even fair that somebody should be that good-looking. And he’s a really funny, silly, down-to-earth guy on top of it all which makes him even more handsome.”

Halle stressed that she welcomes the changes in the sophomore season of the sci-fi/thriller/drama series in which she also serves as coexecutive producer. Steven Spielberg is one of the executive producers.

“Often with a new show, you have what I call a growing-pains year,” she explained. “You’d have to figure out what the show is about. When I signed on, we only had a pilot. We didn’t have 12 subsequent shows. I had no idea where the show was going. I just liked where it started. I love this complicated character of Molly Woods. 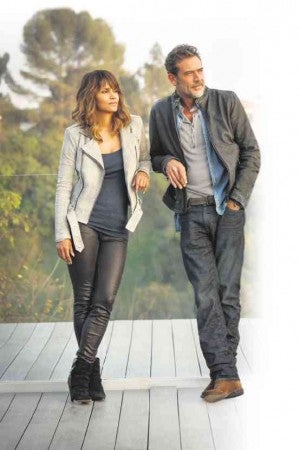 “Last year, we figured out what worked and what didn’t work. We realized the changes that we wanted to make. We were so grateful that CBS believed in us and gave us another chance. I feel like we have a much better show this year with new characters like Jeffrey’s. He has brought fire and sex, edge and energy to the show.

“Kiersey Clemons is this young, beautiful African-American actress who’s just dope. No other way to describe her. She’s bringing a young feel to the show.”

She also praised child actor Pierce Gagnon, who plays her humanoid robot son, Ethan Woods. “He’s a boy wonder,” Halle said. “He’s an amazing actor who gets utilized a lot this year. We found out that while our show was rooted in science fiction, we also have to root it in characters because people care about relationships. We were sci-fi-heavy last year and light on relationships.

“This year, we have all of that. We have the sex, drama, edge and character development that will make people want to tune in every week. They’re going to care more about the storylines.

“This season, you’ll see what happens to my alien son who is still alive as we ended last season. He’s walking down the street so he is still there. We will explore Molly’s genuine love for that child. And that child is going to bring gifts to the world that are unexpected by Molly and everyone. That’s going to be the wondrous part of our show.

“At the end of last season, Ethan, my AI son, blew himself up and saved my life. So we start this season with Molly realizing, oh, wait a minute, this little robot that I was trying to discard as a machine who had no humanity has more humanity than most people.

Because who would do that?

“So now, she finally has a love for this little machine that has become very human to her. You see the real mother in Molly. I think audiences will relate to seeing me mother these two entities. I love them both equally. They both have great gifts to give to the world. I’m excited for the audiences to see what those gifts are this year.”

Halle candidly uttered a colorful term when asked if being in a TV show that’s shot in LA allows her more time to be with her kids, Nahla Ariela Aubry, her daughter with ex-boyfriend, model Gabriel Aubry; and Maceo Robert Martinez, her son with husband, actor Olivier Martinez.

“That is a crock of s***,” Halle said with a laugh about the belief that TV gigs allow more time to be at home. “I’m going to tell you straight off.”

“Yes, we are in the same town, but it doesn’t mean I see them,” she pointed out. “It might be better to be on location and they are out of school. Then they are home-schooled so I see them more often.

“My day starts early. My kids are usually still asleep. I’m not nursing my baby anymore. He’s asleep when I go to work. When I come home, my kids have gone to bed. So weekends are really important.

“Once in a while, they come to the set. But my daughter doesn’t want to hang out on a set and watch us do movie stuff. She wants to be with her friends, play, do crafts, go to piano class and do her stuff.”

Laughing again, Halle stressed, “I thought I would see more of them by doing TV. It’s not true.”

When we told Halle that Jeffrey said in an earlier interview that his young son thinks he’s a zombie, she chuckled and volunteered, “Jeffrey and I talk about this. His kid thinks he’s a zombie. My daughter thinks I’m a real-life princess because she sees me dressed like this, all fancy and done up, and going places. About a year ago, she whispered in my ear, ‘You’re a real princess, aren’t you?’ So, for right now, I’m letting her think I am.

“It’s a good gig. She’s been to sets but she hasn’t quite put together what being an actor is and how I make a living. She’s only 7. She’s not around it so much that she’d really understand it. She really thinks I’m a princess.”

On African-American actresses getting more lead roles, including Viola Davis and Kerry Washington, Halle said, “It’s evolution. It was bound to happen. We’re evolving and growing as a society and as a people. If the audiences accept it and if that’s what they’re saying they want to see and they support it, then there will be more.

“I’m happy that it’s happening. Women of color have been oppressed throughout history.”

Asked where she gets her inspiration and strength, Halle replied, “I ask myself that over and over. I think my strength comes from being a mother. I have two little kids who depend on me for everything so they’re my inspiration, my reason for waking up every day.

“But before they came along, that strength just came from having big dreams and wanting to achieve the dreams that I had and from watching my mother who worked tirelessly so I had a good work ethic instilled in me from the time I can remember. I saw my mother working hard.

“Work is what I love to do. It’s what I want to teach my children to do—to be productive citizens and find something that they love, that they’re happy to do every day and not some job where they can’t wait for Friday. That’s where my strength comes from—I have found something to do that I absolutely love.”