Ruffa G. on ‘future of entertainment,’ relationship with mom 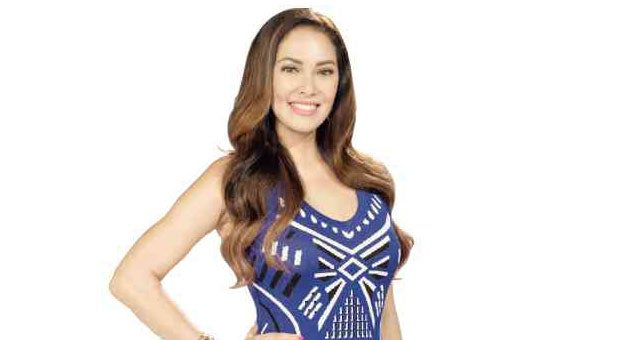 Former beauty queen, host, and actress—add businesswoman as another feather in Ruffa Gutierrez’s cap as she has recently ventured into a new business with her siblings, twins Richard and Raymond Gutierrez.

In an interview with INQUIRER.net, Gutierrez said she has invested on iFLIX, a video-on-demand service that offers its subscribers a library or various of entertainment contents.

iFLIX provides unlimited access to thousands of hours of TV shows and movies.

“What’s great about it because I can watch anytime I want. Anytime and anywhere,” Gutierrez said.

She said she could just watch her favorite TV series or movies on her smartphone especially when she’s stuck in traffic or during long breaks from her tapings.

“iFLIX is perfect. If you’re sick, you don’t have to get off the bed anymore,” she said.

For P129, subscribers will be able to avail unlimited access to TV shows and movie series.

She said having an iFLIX subscription is perfect for everyone especially people who are always on the go.

“It’s cheaper than going to the movies,” she said.

Gutierrez said iFLIX would kill the competition especially with the increasing cases of piracy in the Philippines.

“I love it because it’s one way of eradicating piracy. For all those people buying fake DVDs, they don’t have to do it anymore. You got everything on your phone,” she said.

With her busy schedule as a mother and a celebrity, she said she does not have to be hands-on with the business because she trusts her business partners.

“I won’t be a shareholder in the project if I don’t believe in them. Basically, I believe in my partners,” she said.

Patching things up with Annabelle

Gutierrez admitted that while she is now trying to patch things up with her mother Annabelle Rama, she said they still “haven’t really talked” with each other.

“We’re okay but we still don’t talk every day. We’re still nangangapa (getting a feel of things),” she said.

The rift between Gutierrez and her mother started when Rama disagreed with her daughter for choosing an allegedly “financially unstable boyfriend.”

“I think we’re gonna get there. We don’t just talk on the phone ten times a day like we used to,” Gutierrez said.

She said her mother is “just that way,” citing that their relationship has been like that since she was 15 years old.

READ: Ruffa G: I love ma but she needs to learn how to let go

But she admits that as the daughter, she should be the one to reach out to her mother.

“I am the daughter so I should be the one to try to make amends with her kasi siyempre (because of course) she’s my mom,” she said. NC/IDL