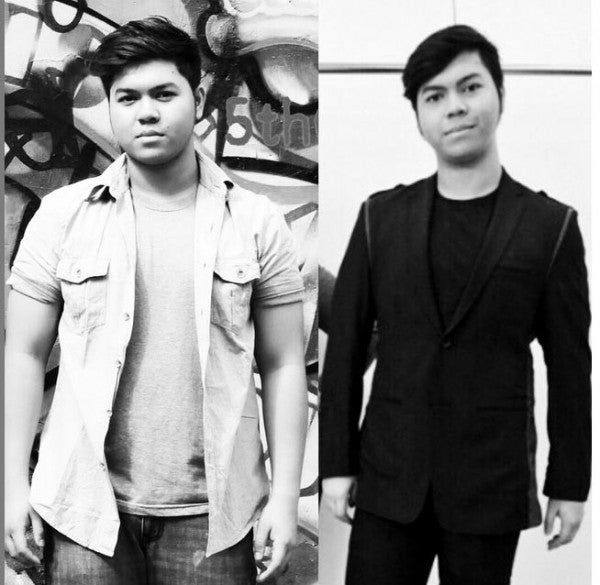 Tweets of 19-year-old singer Rhap Salazar have rocked the entertainment and music communities of the country as celebrities and singers weigh in on the issue.

In a series of tweets posted last July 4, Salazar, who rose to fame after winning the Little Division of ABS-CBN reality show “Little Big Star,” said that he “hated” seeing non-singers on TV and lamented that they are even signed to produce albums.

“I hate seeing artists lip-syncing on TV…Yung iba nagkaka-album pa. That’s my opinion guys. Thanks for understanding,” Rhap posted on his Twitter account.

(I hate seeing artists lip-syncing on TV. Some of them even have albums. That’s my opinion guys. Thanks for understanding.)

Rhap’s tweets went viral after singers and celebrities offered their two cents on the issue.

Actor and comedian Vice Ganda said that non-singers are free to do what they want and should not be hated for it. 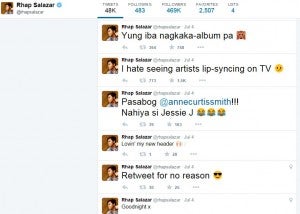 Meanwhile, host and talent manager Boy Abunda said that singers have to lip-sync in some instances. He also advised the young singer not to hate non-singers and instead analyse why they are scoring record deals.

“I disagree though with Rhap because Rhap, even the best artists, even the most brilliant singers, have to lip-sync depending on the circumstances. It’s a technical issue, sometimes,” Abunda said in an” Aquino and Abunda Tonight” episode on Monday.

“It’s not evil, it’s not bad, it’s not treachery. Hindi pandadaya ang pag-lip-sync (Lip-sync is not cheating). It needs to be done sometimes.”

“My advice as a manager Rhap is this: instead of hating, instead of disliking these non-singers who are making it as singers, you should watch them. Discover what makes them tick. Review your brand essence and equity. What are they doing that you have failed to do? Because with your enormous talent, Rhap, I’m sure you have a place under the sun. That is how you make something negative, positive,” the “King of Talk” added.

Father and son Gary and Gab Valenciano both supported the young singer’s statements.

In a Pep.PH report, Gary Valenciano said he thinks that Rhap’s observations on the Philippine music industry are valid, adding that the young singer have earned his stripes to speak on the issue.

(I think in the recent past kasi, if you see the struggles that real singers are going through, it’s really heartbreaking. Those who can sing are not being recognized because artists who are visually appealing are the ones being prioritized)

“He has the authority to say it…He had to work, he had to go to the contest, and he has an incredible voice,” he added.

Dancer Gab Valenciano said in a Facebook post last July 9 that Rhap should not apologize for his valid opinions.

“Our country, the Philippines, glorifies a multitude of singers that can’t sing, actors that can’t act, dancers that can’t dance, unfunny comedians, directionless directors and so many other con artists that take themselves too seriously; and proudly measure stardom by sheer looks and justify success by fame…Glad to see there are some youngsters on the offensive for once,” the younger Valenciano said.

On her part, multi-awarded singer Lea Salonga, meanwhile, urged the public to rethink their preference on non-singers.

“Should I begrudge a non-singer for releasing an album? I say no. But I sure as hell won’t buy it, promote it, recommend it, or listen to it. So perhaps the change to the marketplace needs to come from the consumers, to stop the demand for non-singers’ albums. #LawOfSupplyAndDemand” Salonga wrote on her official Twitter account on Tuesday.

Rhap has clarified that his tweets were not directed to any person and told people to “chill because it’s just a tweet.”

In 2010, he won first place in the Awit Awards in the “Best Performance by a New Male Recording Artist” category. AJH

Lip-syncing up a storm with Dubsmash