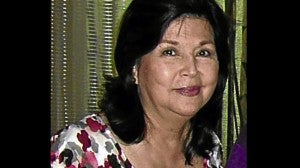 Actress Boots Anson-Roa juggles tapings for the GMA 7 soap opera “Munting Heredera” and her work as executive director of the Movie Workers’ Welfare Foundation Inc. (Mowelfund) with her usual grace and equanimity.

She tells Inquirer Entertainment that the prime time drama has been extended yet again until January 2012— with the introduction of new characters and plot twists.

“I’m playing a contravida for a change,” she says.

But at the same time, the unlikely villainess has lined up a series of fund-raising projects for marginalized movie workers.

Industry leaders Joseph Estrada, Jinggoy Estrada and Ramon “Bong” Revilla Jr. are expected to grace the bowling tournament, along with champs who will give tutorials to enthusiasts, says Roa.

“Stars Tonton Gutierrez, Maja Salvador and Bobby Andrews want to compete. There’ll be a bowling clinic, too,” she adds.

“It was Paeng who told us that Sen. Tito was a two-time world champ. Paeng has always been supportive of our projects,” Roa relates. “Not too many people know that Paeng is the grandson of Jose Nepomuceno, the father of Philippine cinema.”

Roa notes that a hall in the Mowelfund building has been named after Jose Nepomuceno who built the country’s first production company in 1919.

Another hall, the biggest in the Mowelfund compound in Quezon City, has been named after another benefactor, Regal Films producer Lily Monteverde.

“Mother Lily has been consistently helpful through the years,” Roa says. “We thought of honoring her by naming after her the hall where students usually gather before proceeding to the museum.”

Also in the works is a celebrity poker night in November for the Mowelfund Film Institute, the foundation’s educational arm.

On Nov. 28 and 29, Mowelfund will also mount a film festival of Filipino movies in Dubai: Soxie Topacio’s “Ded na si Lolo” and Albert Martinez’s “Rosario” will be shown in theaters, while Eddie Romero’s “Ganito Kami Noon, Paano Kayo Ngayon” and Manny Palo’s “Botelya” will be screened in schools.

Also in the works is a mini-film festival in the United States, says Roa.