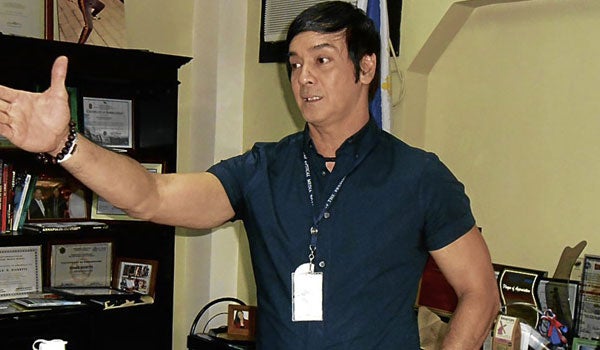 Actor and Optical Media Board (OMB) chair Ronnie Ricketts and four other officials of his antipiracy team were indicted in the Sandiganbayan on Thursday for allegedly returning seized pirated video discs to a private firm suspected of manufacturing the fake products.

In a three-page information, the Office of the Ombudsman said the acts committed by the OMB officials caused “damage and prejudice [to] the government and to the detriment of public interest.”

It said Ricketts and company should be held liable for releasing boxes of confiscated digital video discs (DVDs) and video compact discs (VCDs) to Sky High Marketing Corp. just hours after the OMB raided its warehouse in Quiapo, Manila, on May 27, 2010.

The antigraft body also assailed the OMB officials for not pursuing a case for violation of Republic Act No. 9239, also known as the Optical Media Act of 2003, against the owners of the company and for returning the seized items which could have been used as evidence against them.

In August last year, Ombudsman Conchita Carpio-Morales served a six-month suspension order against Ricketts for neglect of duty in connection with the same incident.

Morales said the OMB chair “instructed the pullout” of 127 boxes and two sacks of seized VCDs and DVDs from the OMB office for a still unknown reason. The contraband were loaded to a truck owned by Sky High, she added.

“The Office of the Ombudsman found substantial evidence to hold top officials of the [OMB] administratively liable for neglect of duty in connection with the postraid operations conducted against Sky High,” Morales said.

The Ombudsman said the “unjustified release” of the seized items “compromised the pieces of evidence” against the Sky High owners.