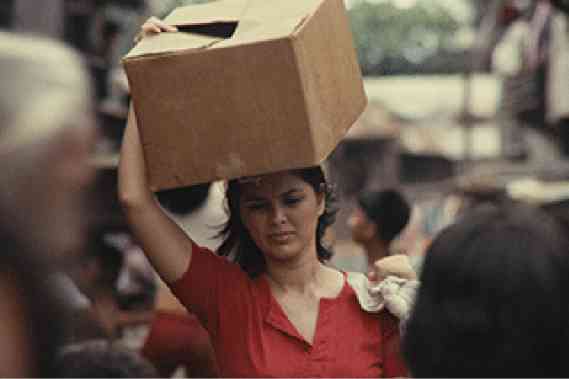 With their powerful impact on audiences, films can help bridge divisions and settle differences.

This was the message that Briccio Santos, chair of the Film Development Council of the Philippines (FDCP), wished to impart to guests at the opening of the World Premieres Film Festival Philippines (WPFFP) on Wednesday night.

“What was once a dream of our country to host a festival of this magnitude has been fulfilled with the strong partnerships (the FDCP has formed with other private companies),” Santos said.

Only on its second year, the WPFFP aims to bring together different countries in a world-class festival.

Held at One Esplanade in Pasay City, the opening was attended by dignitaries from Turkey, Greece, Spain, Laos, Burma (Myanmar), Russia, Panama, Indonesia and the Netherlands.

Santos said he recognized the “unmistakable impact on the audience of moving images.” Hence, the inclusion of more films in the festival.

A notable addition is the Classics section, featuring seven restored films from Indonesia, India, Sri Lanka, Senegal, the former Soviet Republic of Armenia and the Philippines.

“This will hopefully resonate with our efforts (to preserve the) film heritage in the Asean region,” Santos said.

Another interesting lineup was offered by the New Filipino Cinema section, which showcased eight independently produced films that have not had their commercial runs.

At a media gathering, foreign filmmakers talked of the situation of the film industries in their countries.

Director Remy van Heugten (“Son of Mine”) of the Netherlands noted the big difference in sales between commercial and the more artistic films.

“We produce between 30 to 35 movies a year. Half of these are commercially made, which draw a lot of people,” he told reporters. “Producers of the more artistic films have to really work to get the audience’s attention.”

Van Heugten said his film “eventually did well (in the box office). Still there’s a big difference in ticket sales, which should not be the case.”

In Spain, less and less people are going to the movie houses, said director Anna Bofarull (“Sonata for Cello”). “Our industry is big, but it’s changing now. Getting financial support from the government has become more difficult. Budget for artistic movies is always low. (And) promotion is still difficult.”

“People download content and don’t pay,” she pointed out. “The government does very little to address this. The law is not strong enough to protect the artists.”

Bofarull said the mainstream audience preferred to see comedy and thriller films produced by private entities. “This is why festivals like this one is really important to us filmmakers.”

Taiwanese director Li Da-hsu (“The End of Love”) said he could not call theirs a film industry “because it is too small.”

“About 50 films are produced a year but only 30 get shown. Local productions feel the pressure from big Hollywood films. Art movies suffer the most because it is always hard for them to secure sponsors,” he stressed.

“However, we get lucky sometimes, especially recently when a Taiwanese won best director in Cannes.”

Da-hsu was referring to the recent victory of Hou Hsiao-hsen for his martial arts film “The Assassins” at the prestigious Cannes International Film Festival in France.

Sadly there is not a big enough audience for Turkish movies, said director Burak Cem Arliel (“Crimean”). “We have a large film industry. However, they patronize comedy more than drama. Also, people prefer watching through the Internet. Artists do not get paid for those downloaded films. Sadly, rules in Turkey are not too strict,” he pointed out.

Winners will be announced on June 27 at SM Mall of Asia Center Stage Theater in Pasay City.