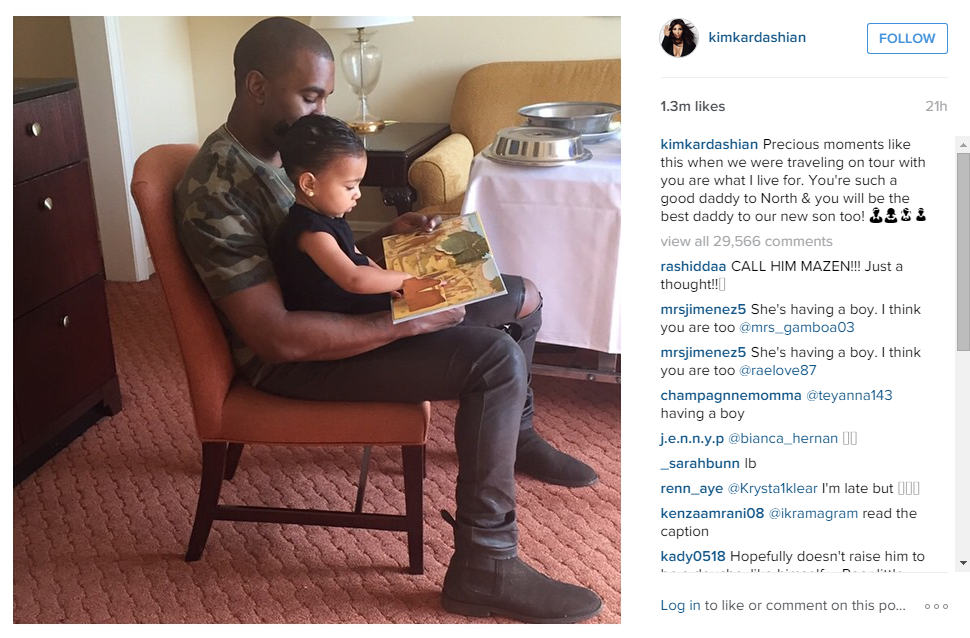 A picture of West reading a book to their 2-year-old daughter, North West, is captioned: “You’re such a good daddy to North & you will be the best daddy to our new son too!”

Kardashian revealed the news of her pregnancy in a clip that appeared after an episode of the E! reality show “Keeping up With the Kardashians.”

The show documented the 34-year-old’s fertility struggles, and she confided that an attempt to conceive through in vitro fertilization failed.

Read Next
Diddy arrested on campus of UCLA, where son plays football
EDITORS' PICK
WHO: Indoor airborne spread of coronavirus possible
Water remains our saving grace right now
Motostrada expands by handing over ‘Trident’ and adding new ‘Horseman’ to its growing business
No arrests to be made on 1st day of allowed pillion riding for couples — HPG
House panel set to meet for possible decision on ABS-CBN franchise bid
Digital hunt for Hyun Bin: 5 challenges for Smartees
MOST READ
‘I will always speak up for you’: Server on defending Fil-Am family from racist rant
‘Nouveau’: Agot Isidro hits Jinkee Pacquaio’s show of luxury Hermes, Louis Vuitton bikes
Alfred Vargas inhibits from voting on ABS-CBN franchise renewal
Solon withdraws support for ABS-CBN franchise renewal
Don't miss out on the latest news and information.