Diddy arrested on campus of UCLA, where son plays football 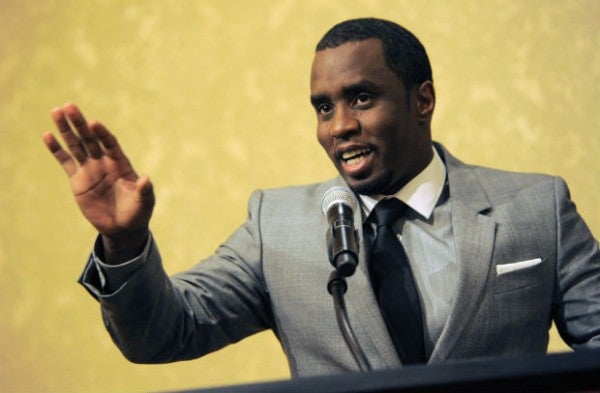 In this July 26, 2013 file photo, Sean “Diddy” Combs of the new network Revolt TV addresses reporters at the Beverly Hilton Hotel in Beverly Hills, Calif. Police say hip-hop music mogul Combs has been arrested on the campus of the University of California, Los Angeles. AP

LOS ANGELES—Hip-hop music mogul Diddy was arrested Monday on the campus of the University of California, Los Angeles Monday afternoon, where his son is on the football team, police said.

Diddy, 45, whose real name is Sean Combs, was arrested at UCLA’s Acosta Athletic Training Complex on suspicion of assault with a deadly weapon shortly after 12:30 p.m., according to a statement from campus police.

The deadly weapon was a kettlebell, which is used by athletes in weight training.

No one was seriously injured and campus police are investigating. Officials did not identify the victim of the assault, or say what led to it.

Combs’ son Justin Combs is a redshirt junior defensive back on the UCLA football team, which has been practicing on campus. He has played in just a handful of games in his three years with the team.

Football coach Jim Mora thanked his staff in the statement for their professionalism in handling the situation.

“This is an unfortunate incident for all parties involved,” Mora said. “While UCPD continues to review this matter, we will let the legal process run its course and refrain from further comment at this time.”

Combs’ representatives did not immediately respond to requests for details or comment.

The arrest was first reported by TMZ.

Read Next
Yeng Constantino writes song for bullied students
EDITORS' PICK
vivo brings to the Philippines a powerful smartphone with a slimmer body, the vivo Y02s for only PHP 6,499
Apple warns of flaw that lets hackers into iPhones, Macs
46% of schools nationwide to have full face-to-face classes on Aug. 22
House energy committee chair Arroyo bats for cheap electricity
What to watch out for when selecting a video surveillance solution
Heads may roll at BOC, says Palace if sugar smugglers are allowed to use recycled import permits
MOST READ
DepEd to give teachers P5K cash allowance within first week of classes
LOOK: Miel Pangilinan dazzles in glittery pre-debut shoot
DOJ indicts bank officer in $2.1 billion Wirecard fiasco
PH importing sugar after all: Marcos okays 150,000 MT
Don't miss out on the latest news and information.