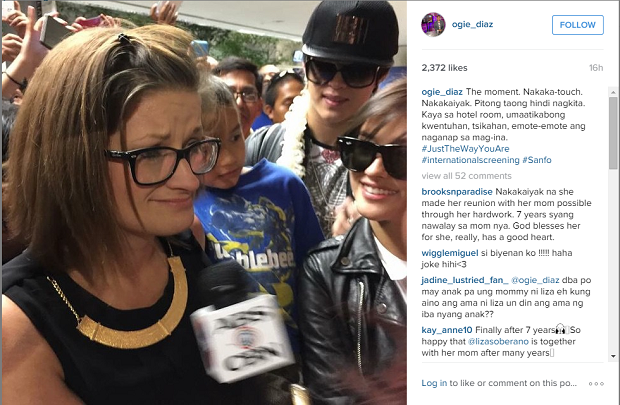 Actress Liza Soberano had an emotional reunion with her American mother, Jacqulyn Elizabeth Hanley, whom she had not seen for the past seven years.

The actress and her on-screen partner Enrique Gil was met by Liza’s mother at the San Francisco International Airport in California. The pair is there for the North America screening of their film, “Just the Way You Are.”

Ogie Diaz, Liza’s manager, shared a photo of the reunion of Liza and her mom at the airport.

Liza was born in California and was raised by her maternal grandparents when her parents, Filipino father  John Castillo Soberano and Hanley, separated. She later moved to Manila at age 10 to live with her father. AJH