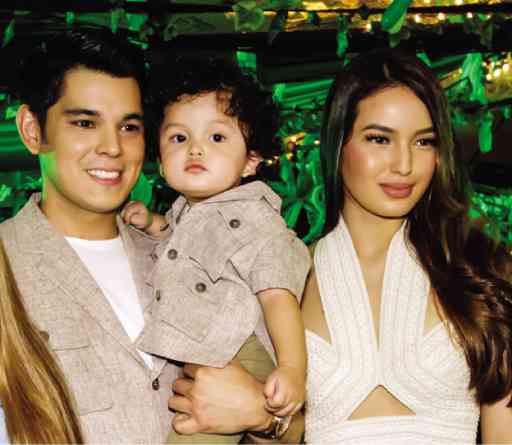 These days, however, scuba-diving photos are slowly being edged out by pics of Zion, his two-year-old son with Sarah Lahbati.

A special moment was when he was able to accompany Zion to play school. “Parents can only go with the kids on the first three days. I wouldn’t want to miss that opportunity.”

He proudly reports that Zion is having a blast in school. “The kids are taught about music and the arts. These are the moments I cherish the most. If I still had the same hectic schedule, I wouldn’t have the time to hang out with Zion.”

Surely, his appreciation for his own parents, Eddie Gutierrez and Annabelle Rama, has doubled, now that he is a dad, too.

“People say my mom has a strong personality. But she is hardworking and generous. She has a lot of love to give to our family. My dad, on the other hand, is very chill. He doesn’t like to create tension. And he gives good advice.”

Although he is considerably less busy now, Richard is enjoying every minute that he gets to spend with his family.

“For 12 years, I worked nonstop,” he recalls. “Since I was able to save a little before, I can take things easy now. I can choose my projects.”

Now, Richard is dividing his time between the TV5 talent search “KISPinoy” and the family’s reality show “It Takes Gutz to be a Gutierrez” on E!

Although he is not seen in a soap opera on a local channel, Richard says he is “happy and content” because his current projects give him international exposure. 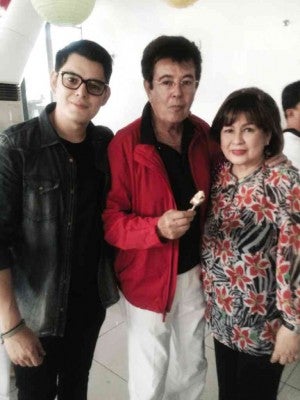 RICHARD appreciates dad Eddie Gutierrez (center) and mom Annabelle Rama now that he is a parent, too. photo by Bayani San Diego Jr.

Apart from being shown all over Asia (except South Korea), “It Takes Gutz” is currently aired on TFC: in North America, Saudi Arabia, United Kingdom, Australia and New Zealand. The reality show’s third season will debut on E! in July.

“KISPinoy” is set to premiere on July 11, with a two-part special primer on June 27 and July 4, on TV5. The talent show, which is searching for the next Filipino K-Pop star, will shoot some scenes and will be shown in South Korea.

“Even though ‘It Takes Gutz’ is not yet aired in South Korea, where there are strict broadcasting rules, ‘KISPinoy’ will allow me to get a foot in the door… in the K-Pop scene, through NH Media,” he says. “These projects allow me to attain my goal to be seen not just locally, but globally.”

No, he will not drastically change his look and transform into a K-Pop heartthrob for the new talent tilt.

“I have to adapt a little, in terms of clothes and styling, but it will not be too radical a makeover,” he explains.

He gives props to the K-Pop impresarios who have masterminded the careers of the world’s biggest acts.

“We can learn a lot from them. K-Pop artists train like ninjas and samurai warriors. Everything, down to the last detail, is scrutinized—from their hairstyles to their clothes, from their singing to dancing skills. I admire them,” he says.