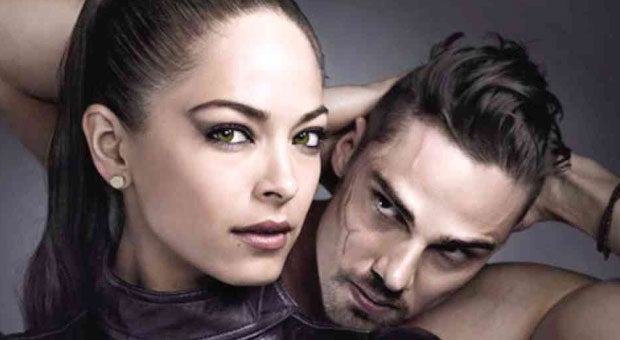 “She changes a lot and I like that about her … she just wants to live a normal life, so that’s interesting to play,” Canadian actress Kristin Kreuk, who plays Catherine “Cat” Chandler in “Beauty & the Beast,” told the Inquirer in an exclusive phone interview.

Kreuk, who was in New York City for a CW Network press event, returns to playing the intrepid detective in the hit series. (Season 3 airs Wednesdays, starting tonight at 9, on RTL CBS Entertainment.)

The show is a reboot of the 1987 drama series that starred Linda Hamilton and Ron Perlman. Kreuk is paired with Jay Ryan, who plays Vincent Keller, the titular man-beast.

The actress, 32, played Lana Lang, the love interest of Clark Kent in the sci-fi-superhero prequel series “Smallville,” in the early 2000s.

She revealed an interest in branching out to a related career, eventually. “I want to be a producer after I finish acting,” Kreuk said, confidently.

She’s already preparing. When not busy filming episodes, Kreuk is focused on conceptualizing possible projects and pitches. She revealed, however, that that’s not all she does during her down time: “I’m learning to draw. I love yoga. I like reading; it’s a passion of mine. I like to educate myself.”

How do you feel about the show deviating from the ’80s series?

It’s very different from the original series, from what I know of it. In the original, Linda Hamilton played a lawyer, and Vincent lived in the underground of New York City. It was a very different experience. We’re based on that show, but it’s an entirely different series, with the same theme—which I feel a lot of fairy tales and iconic mythology can do over and over again, recreate the same theme but in a different context.

How has television changed since the “Smallville” days?

I feel like it’s very different. It’s funny because in Canada, “Smallville” is kinda having a resurgence because of this Netflix-like network called Crave, which is replaying all those old episodes.

I went to my sister’s wedding not that long ago in British Columbia, and this little girl, she must’ve been 8 years old, came up to me. She was a huge fan of “Smallville”! Back in the day, when the show aired, our fans weren’t that young.

I realized that television has become, for younger people, [a medium that] offers a lot more stuff. Interests, values, views of the world have changed. But I also think that television has changed … people are now watching online and there are so many content providers, and the means to get content. The old ways of measuring have become obsolete. People are [finding] new ways to measure and to capture audiences. So I feel like there’s been a surge of creativity, perhaps due to that. That’s why we’re seeing what they call the “golden age” of television.

How different is the American entertainment industry now?

How would you describe “Beauty & the Beast” fans?

“Beauty & the Beast” fans are super-passionate and they’re engaged in a way that has caused this show to continue to be on the air. I asked the CW publicists, “Which fans are the most passionate?” Our fans and “Supernatural” fans are apparently some of the most passionate. They’re also thoughtful and kind, and I appreciate that.

How comfortable are the cast members with each other now?

We’re a pretty comfortable cast. We’re pretty goofy and we like to have a good time. It was lovely because they got Nicole Gale Anderson on as pretty much a regular … a wonderful addition (as Cat’s sister Heather); she’s light, young, energetic and funny. It’s nice for Catherine to have a family member around. We’re a good group. If you’ve seen the bloopers, we’re pretty much a bunch of idiots!

Who are your artistic influences?

I love Cate Blanchett. She has kind of been my favorite since I saw her in “Elizabeth.” I’m influenced by many things. I love going out and experiencing art, all different kinds—photography, sculpture, jewelry, textiles, pottery. My house is filled with creepy, wacky art. I’m inspired by a lot of things!