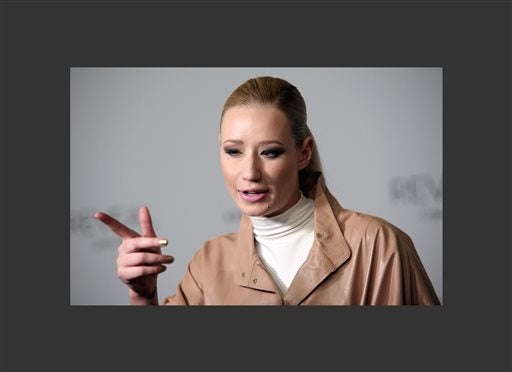 NEW YORK — Australian rapper Iggy Azalea on Monday canceled a performance at a US gay pride celebration after criticism over past remarks that were seen as homophobic.

The June 13 concert in Pittsburgh was one of the few remaining dates on the calendar for the successful but controversial rapper after she recently called off a major tour.

Azalea apologized for her past comments, saying that she supported gay and transgender rights and did not want to distract from the event.

“I am a firm believer in equality. Unfortunately in the past as a young person, I used words I should not have,” the 25-year-old said in a statement.

“The last thing I want is for something so carelessly said to be interpreted as reflective of my character,” she said.

Azalea — once a prolific user of social media before taking a rest following online feuds — made a series of postings on Twitter before her rise to stardom that could offend gays and lesbians, as well as ethnic minorities.

In one of the tamer tweets, which she wrote in 2010 but has since been deleted, Azalea said: “When guys whisper in each other’s ears I always think it’s kind of homo.”

A number of activists had protested Azalea’s choice as a headliner for the event, called Pride in the Street, which is part of annual summer celebrations aimed at creating an inclusive environment for gay and lesbians in the former steel town.

Bruce Kraus, the president of the Pittsburgh City Council, who is gay, had supported calls for a boycott.

The Delta Foundation of Pittsburgh, the gay rights group that organizes the event, said it was trying to find an alternative headline act.

“We’re sorry that our headliner choice caused a division within our community but we believe that change happens through conversation,” the foundation’s board said in a statement.

Azalea quickly amassed a fan base last year with songs including “Fancy,” making her the first white woman to find major mainstream success through the traditionally African American art form.

But she also came under fire, notably from rapper Azealia Banks, who accused Azalea of exploitation and inauthenticity by performing in an identifiably African American accent.

Azalea recently canceled an already delayed tour of US and Canadian arenas, saying that she needed a “mental break.”

RELATED STORIES
Does the rap community care if Iggy Azalea wins the Grammy?